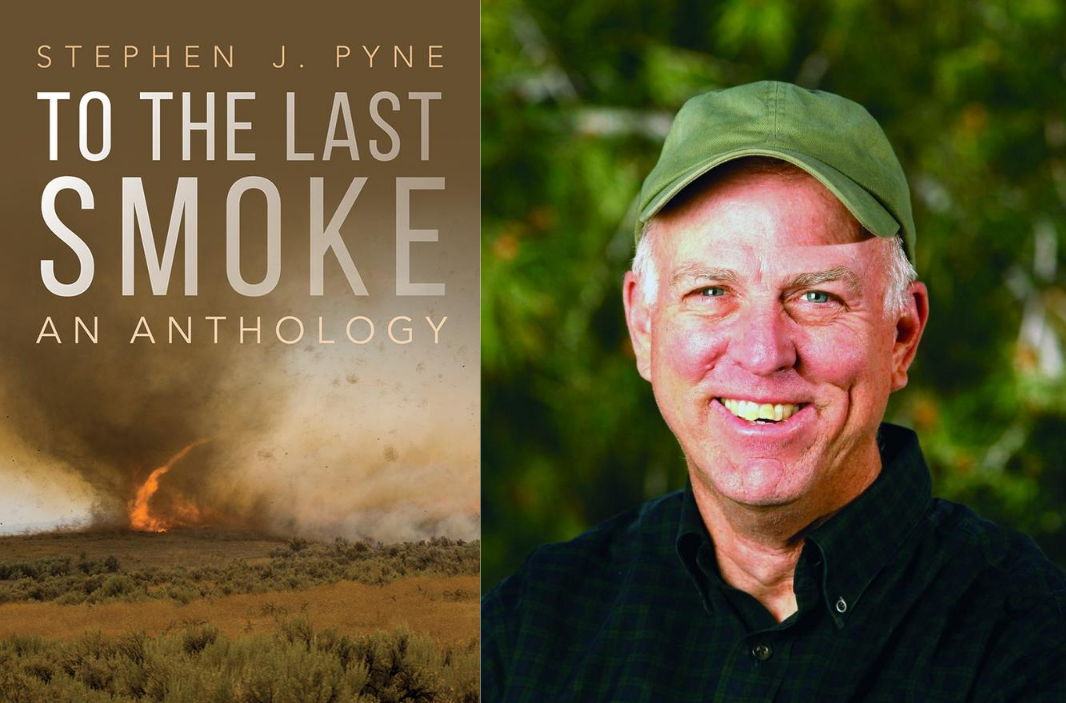 A recent issue of The Quarterly Review of Biology featured a review of Stephen J. Pyne’s To the Last Smoke: An Anthology.

From the review by Donald A. Falk at the University of Arizona’s School of Natural Resources & the Environment:

Some of the best sections of book are chapters in which fire is seen through the lens of a particular person, including fire managers and scientists, some of them well known and others underappreciated. These sections are refreshing because they center on narrative rather than politics or philosophy.

Pyne’s language is exceptional among writers about wildfire. Describing how the indigenous inhabitants of the Southwest used the increasingly sparse fuels near their settlements, the author writes that “[l]andscape fires thinned, and then shrank into the hearths of kivas and kilns”. In fact, this displacement of fire from landscapes to controlled combustion in human devices is a theme throughout the volume and elsewhere in his writing, a phenomenon he describes as the “pyric transition” in human and Earth history.

… There are many poets of place; Stephen Pyne is a poet of process, and his work is required reading for anyone who wants to understand wildland fire in today’s world and into the future. The irony of the title is that there is no last smoke. 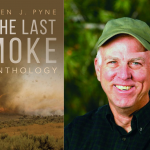