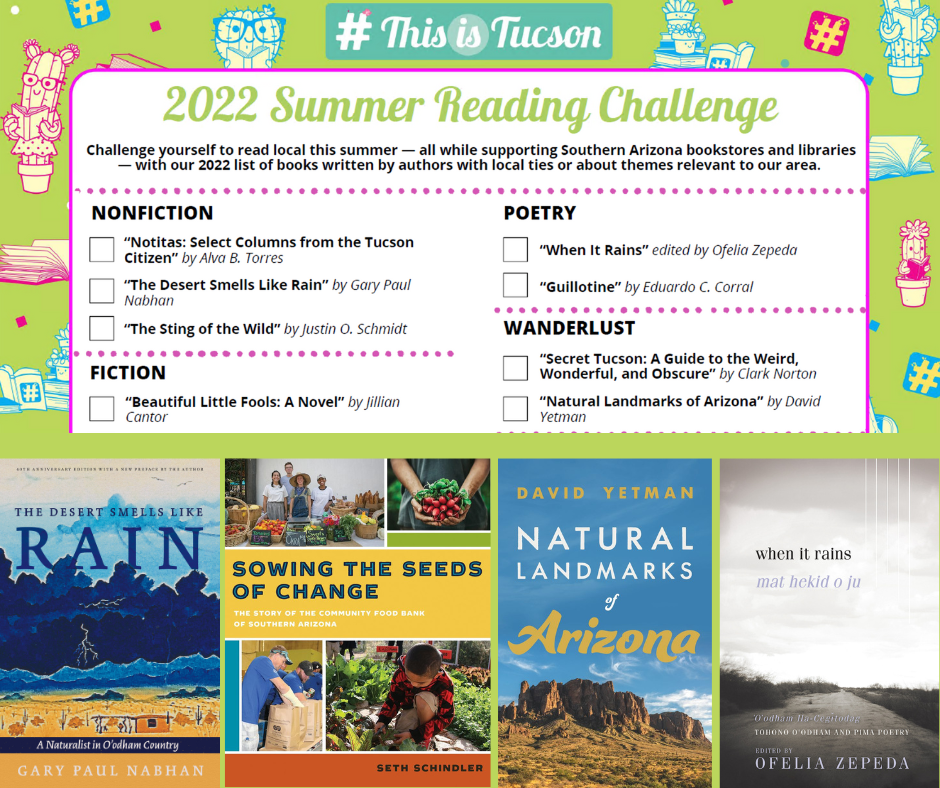 Big thanks to the Arizona Daily Star‘s This is Tucson for including four University of Arizona Press books and authors in its summer reading challenge.

When It Rains: Tohono O’odham and Pima Poetry edited by Ofelia Zepeda, “When it was first released in 1982, ‘When It Rains’ was one of the earliest published literary works in the O’odham language. Speakers from across generations shared poems that showcased the aesthetic of the written word and aimed to spread interest in reading and writing in O’odham. The poems capture brief moments of beauty, the loving bond between family members, and a deep appreciation of Tohono O’odham culture and traditions, as well as reverent feelings about the landscape and wildlife native to the Southwest. A motif of rain and water is woven throughout the poetry in ‘When It Rains,’ tying in the collection’s title to the importance of this life-giving and sustaining resource to the Tohono O’odham people. With the poems in both O’odham and English, the volume serves as an important reminder of the beauty and changeability of the O’odham language.”

The Desert Smells Like Rain: A Naturalist in O’odham Country by Gary Paul Nabhan, “This year marks the book’s 40th anniversary. On Aug. 30, the University of Arizona Press will publish a special 40th anniversary edition of the book, complete with a new introduction by Nabhan dedicated to the O’odham people who changed his life.”

Sowing the Seeds of Change: The Story of the Community Food Bank of Southern Arizona, by Seth Schindler, “This is the story of a remarkable organization’s sustained, compassionate response to a problem of staggering proportions: there are about 35 million food-insecure people in America today. The numbers are no less shocking in Southern Arizona: one in six residents, and one in four children, are food insecure. How can this be in the richest country in the world? This book explores that paradox and the innovative solutions that one organization has developed to create a healthier, more secure tomorrow for the less fortunate among us. The Community Food Bank of Southern Arizona (CFB) is one of the oldest and most respected food banks in America. It is a widely recognized leader not simply in providing hunger relief but in attacking the root causes of hunger and poverty through community development, education, and advocacy.”

Natural Landmarks of Arizona by David Yetman, “Natural Landmarks of Arizona celebrates the vast geological past of Arizona’s natural monuments through the eyes of a celebrated storyteller who has called Arizona home for most of his life. David Yetman shows us how Arizona’s most iconic landmarks were formed millions of years ago and sheds light on the more recent histories of these landmarks as well. These peaks and ranges offer striking intrusions into the Arizona horizon, giving our southwestern state some of the most memorable views, hikes, climbs and bike rides anywhere in the world. They orient us,  locate us, and they are steadfast through generations.” 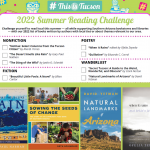