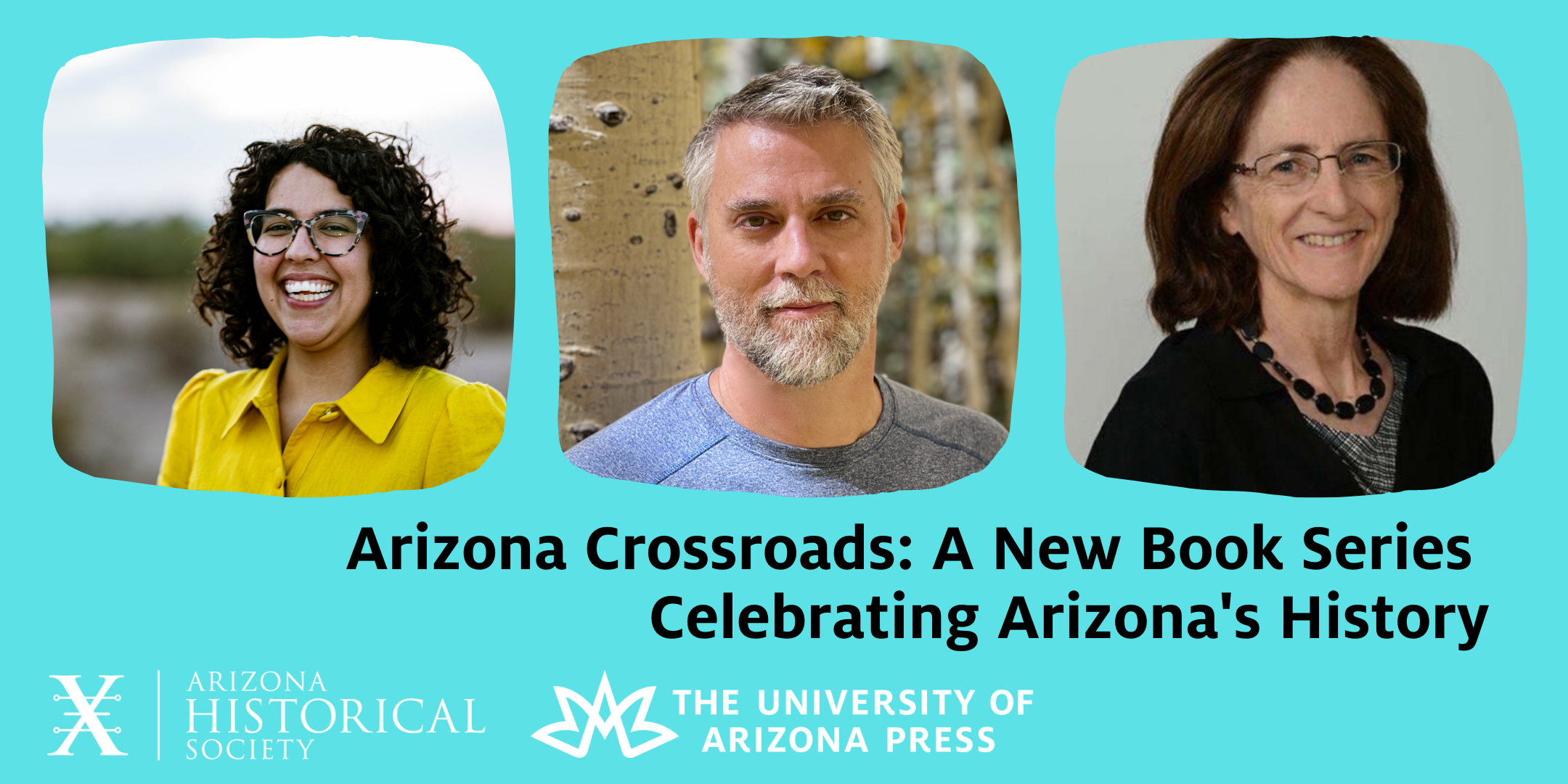 The University of Arizona Press is thrilled to announce Arizona Crossroads, a new series celebrating Arizona’s history in partnership with the Arizona Historical Society. For more info on the series, please visit the series page here.

Throughout its history, Arizona has long served as a crossroads between Native peoples, settler colonists, and immigrants from around the world. It has been a contested site among peoples, nations, and empires; it is also a place where events, decisions, and struggles have had far-reaching consequences beyond its shifting borders. As the series title suggests, series editors Anita Huizar-Hernández, Eric V. Meeks, and Katherine G. Morrissey, welcome books that deepen our understanding of Arizona as a diverse crossroads and meeting ground within broad national and transnational contexts, whether topical, thematic or geographic (the region, the nation, the borderlands).

Open to any topic within any time period of Arizona history, the series will publish scholarship that is cutting-edge and innovative, yet generally accessible and readable to an educated general audience. We are open to a variety of book formats: monographs, multi-authored works, and edited collections as well as broader more synthetic works. Interdisciplinary projects that engage the past are encouraged.

Anita Huizar-Hernández is Associate Professor of Spanish in the School of International Letters and Cultures at Arizona State University. She is a literary critic whose teaching and research focus on the literatures and cultures of the U.S.-Mexico borderlands with a particular emphasis on the Arizona borderlands. Her book, Forging Arizona: A History of the Peralta Land Grant and Racial Identity in the West (Rutgers 2019), examines a nineteenth-century land grant scheme in which a con artist falsified archives around the world to steal part of the Arizona and New Mexico Territories. Other publications include articles in the Journal of Arizona History, MELUS (Multi-Ethnic Literatures of the United States), SAIL (Studies in American Indian Literatures), and English Language Notes. Her current book project investigates the early-twentieth century writings of Mexican Catholic political exiles in the United States. She is also engaged in multiple digital public-facing projects centered in Arizona, including “Reporting on Race and Ethnicity in the Borderlands (1882-1924): A Data-Driven Digital Storytelling Hub” and “DETAINED: Voices from the Migrant Incarceration System.”

Eric V. Meeks is Professor of History at Northern Arizona University. His research and teaching focus primarily on the history of the US-Mexico borderlands and race and ethnicity in North America. His book, Border Citizens: The Making of Indians, Mexicans, and Anglos in Arizona, examines how racial classifications and identities of the diverse indigenous, mestizo, and Euro-American residents of Arizona’s borderlands evolved as the region was politically and economically incorporated into the United States. A new updated edition was published by University of Texas Press in 2020. Other publications include articles in the Journal of Arizona History, Western Historical Quarterly, Journal of the Southwest and the Latin American Research Review. His current book project is a history of the US-Mexico borderlands from the late eighteenth century to the present, under contract with Yale University Press in cooperation with the Clements Center for Southwest Studies at Southern Methodist University.

Katherine G. Morrissey is Department Head and Associate Professor of History at the University of Arizona. Her research and teaching focus on cultural, environmental, borderlands/Southwest and North American West history. Her books include Mental Territories: Mapping the Inland Empire and two co-edited books with the University of Arizona Press, Border Spaces: Visualizing the U.S.-Mexico Frontera, with John-Michael H. Warner and Picturing Arizona: The Photographic Record of the 1930s, with Kirsten Jensen. Publications also include book chapters as well as articles in the Journal of Arizona History, Pacific Historical Review, Global Environment, and Frontiers: A Journal of Women Studies. Her current book project, Visual Legacies: Reimagining the US/Mexico Borderlands, traces efforts to mark and visually represent the meanings of the border through the long 20th century. She is co-PI for the “Reporting on Race and Ethnicity in the Borderlands (1882-1924)” digital project. 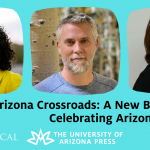