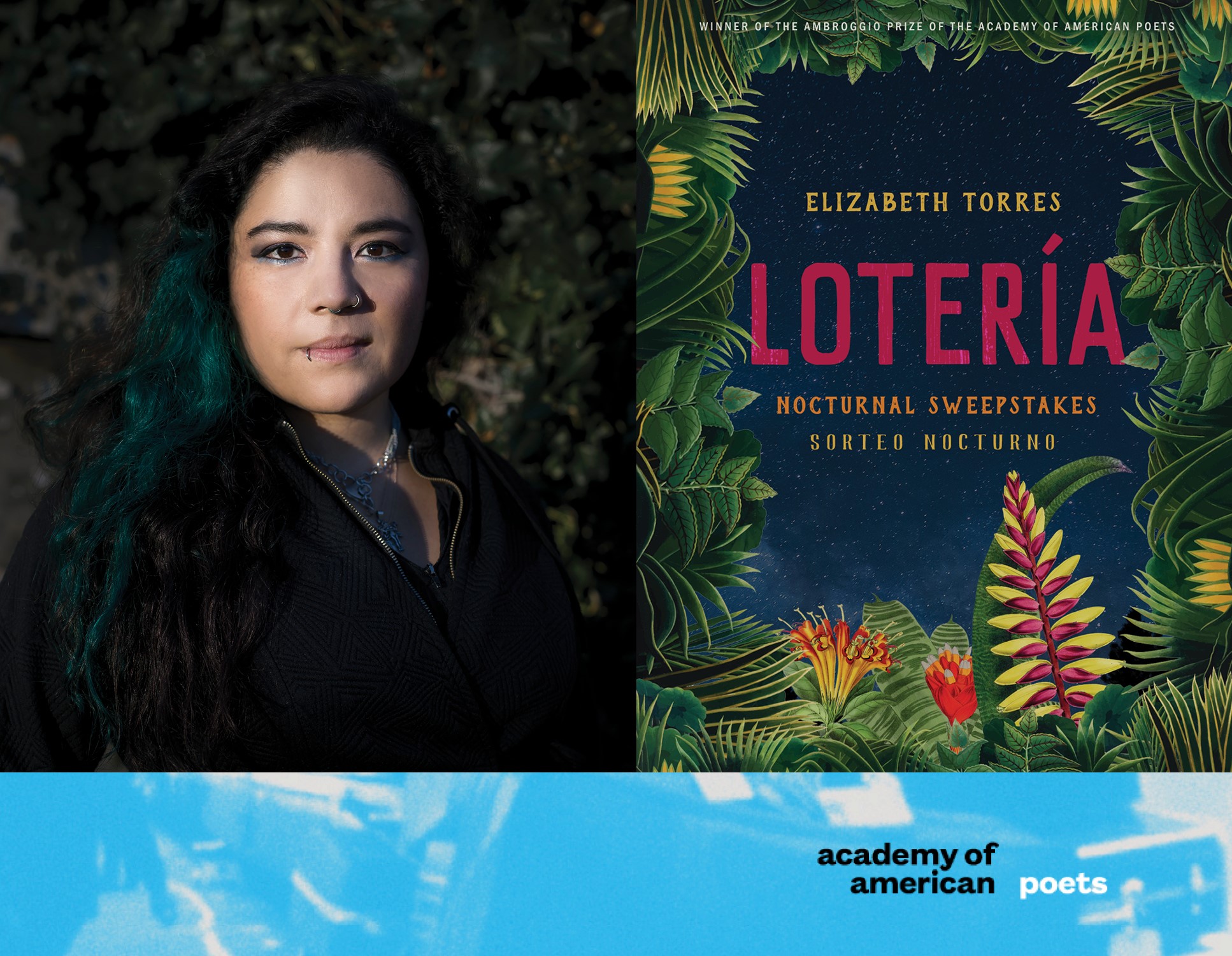 Elizabeth Torres’s La Lotería: Sorteo Nocturno / The Lottery: Nocturnal Sweepstakes has won the Academy of American Poets’ Ambroggio Prize, which is a $1,000 publication prize given for a book-length poetry manuscript originally written in Spanish and with an English translation. The winning manuscript is published by the University of Arizona Press, a nationally recognized publisher of award-winning works of emerging and established voices in Latinx and Indigenous literature, as well as groundbreaking scholarship in Latinx and Indigenous studies. Established in 2017, the Ambroggio Prize is the only annual award of its kind in the United States that honors American poets whose first language is Spanish. This year’s judge was Raina J. León.

Elizabeth Torres (Madam Neverstop) is a poet, literary translator, and multimedia artist. She is the author of over twenty books of poetry published in Spanish, English, Danish, and German. Her poetry has also been translated into Ukrainian, Serbian, Finnish, and Swedish. She is the founder and director of the arts and culture quarterly publication Red Door Magazine, host of the Red Transmissions Podcast, initiator of the international audio collection Poetic Phonotheque, and coordinator in the Nordic region of the Red Thread network. Her work intertwines poetry, visuals, and soundscapes with language and performance, focusing on the subjects of identity, migration, grief, resilience, environmental awareness, and the representation of neurodivergent, BIPOC, and LGBTQI+ communities. She now resides in Copenhagen, where she is pursuing an MFA in performing arts with a writing specialization at the Danish National School of Performing Arts.

About Torres’s winning manuscript, judge Raina J. León said: “In every beginning, there is a river that entices with its generational wisdom, its own invocations, its own knowledge that what will come is what has been. La Lotería: Sorteo Nocturno alchemizes lotería symbology as vessels for myth, migration, and becoming. What belongs to centuries of play and divination is also seen anew in this text; we learn how even a sound can cause a room to wither. Poems arise from archetypical cards blazon out with new relevance; ‘The Milk’ and ‘The Customs Office’ have as much to say as ‘The Wall,’ as much about chaos and loss as they offer moments when the human experience, its fullness, becomes universal. ‘But how do I tell the builders / I don’t want grey cement / attaching me to the ground?’ This book reminds us that the drums of war continue to beat their fear and devastation into one’s bones even after the body has risen to the sky, leaving runways of scattered articles of life. What we leave behind in hopes of peace! Injustice waits when you land and caws your name in front of its crow ‘collection of panicked deer eyes.’ The game plays on and these poems invite a gamble: read and you just might change your life. The river will be there, at the beginning, and it may become the rain within you.”

We are thrilled to be publishing this award-winning collection. Congratulations, Elizabeth! 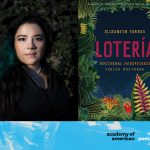