We are so thrilled to announce that The Diné Reader has received a 2022 Before Columbus Foundation American Book Award!

The American Book Awards were created to provide recognition for outstanding literary achievement from the entire spectrum of America’s diverse literary community. The purpose of the awards is to recognize literary excellence without limitations or restrictions. There are no categories, no nominees, and therefore no losers. The award winners range from well-known and established writers to under-recognized authors and first works. There are no quotas for diversity, the winners list simply reflects it as a natural process. The Before Columbus Foundation views American culture as inclusive and has always considered the term “multicultural” to be not a description of various categories, groups, or “special interests,” but rather as the definition of all of American literature. The Awards are not bestowed by an industry organization, but rather are a writers’ award given by other writers.

The Diné Reader: An Anthology of Navajo Literature opens with the writings of Blackhorse Mitchell whose first novel Miracle Hill was published in 1967. This was the year I first discovered Native writers, as a student at the Institute of American Indian Arts. Blackhorse Mitchell had been a student there, as was Grey Cohoe. There were many Navajo student poets who published in the yearly literature publication funded by Vincent Price specifically highlighting the writing of IAIA students. Navajo literature was and is predominately oral, with classic texts like The Blessing Way that have profoundly influenced American literature, including the Kiowa writer and poet N. Scott Momaday who would be honored with a Pulitzer Prize in 1969 for his novel House Made of Dawn. The title is a direct reference from Navajo literature. The Diné Reader confirms the prominent and influential position that Diné writings hold in American letters today.

This valuable collection holds the poetry, prose, and thoughts of several generations of Diné, or Navajo, writers, with numerous foundational heavy hitters in literature alongside emerging writers and fresh voices. I appreciate seeing Gloria Emerson here. She is one of the contemporary matriarchs of philosophical thought and cultural continuance. She was a force for Navajo language and assisted in language being seen as necessary to cultural flourishing. Nia Francisco was one of the first of the poets that was around in my generation as we came up as poets in New Mexico. The two Navajo Nation poet laureates, Luci Tapahonso and Laura Tohe, feature in this collection. Both were students at the University of New Mexico in the 70’s, a time of Native rights movements and the discussion and implementation of tribal nation sovereignty. Liz Woody was a student at the Institute of American Arts, as it moved from being a Bureau of Indian Affairs high school to a full-fledged arts college. She was honored recently as the State of Oregon’s poet laureate. Rex Lee Jim’s first book was published by Princeton University Press, in Navajo. He has continued as a cultural leader. You will also find so many of the younger generations of poets who have established Native poets as important artists to watch in the larger American culture. They include Esther Belin, Sherwin Bitsui, Orlando White, Bojan Louis, Tacey Atsitty, and Jake Skeets. Many have won major American literary prizes and write bilingually.

Every one of these writers and poets mark a fresh era of thought and becoming.

This anthology proves that Diné writers are at the heart of not just contemporary Native literature but the canon of American literature. These writers are defining their own literature, which means defining the future as they stand as the next generations of literary ancestors. They are being their own cultural critics and are moving away from the generic term of being a Native or Native American writer. This finely edited groundbreaking collection is essentially a statement of sovereignty and proof of continuance of the songs and thoughts of their ancestors. It is destined to become a classic of American and world literature. — Joy Harjo, Mvskoke Nation, September 1, 2022

We are sending a huge and sincere congratulations to the editors of The Diné Reader, Esther G. Belin, Jeff Berglund, Connie A. Jacobs, and Anthony K. Webster, as well as all of the contributors within. 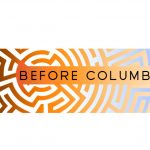