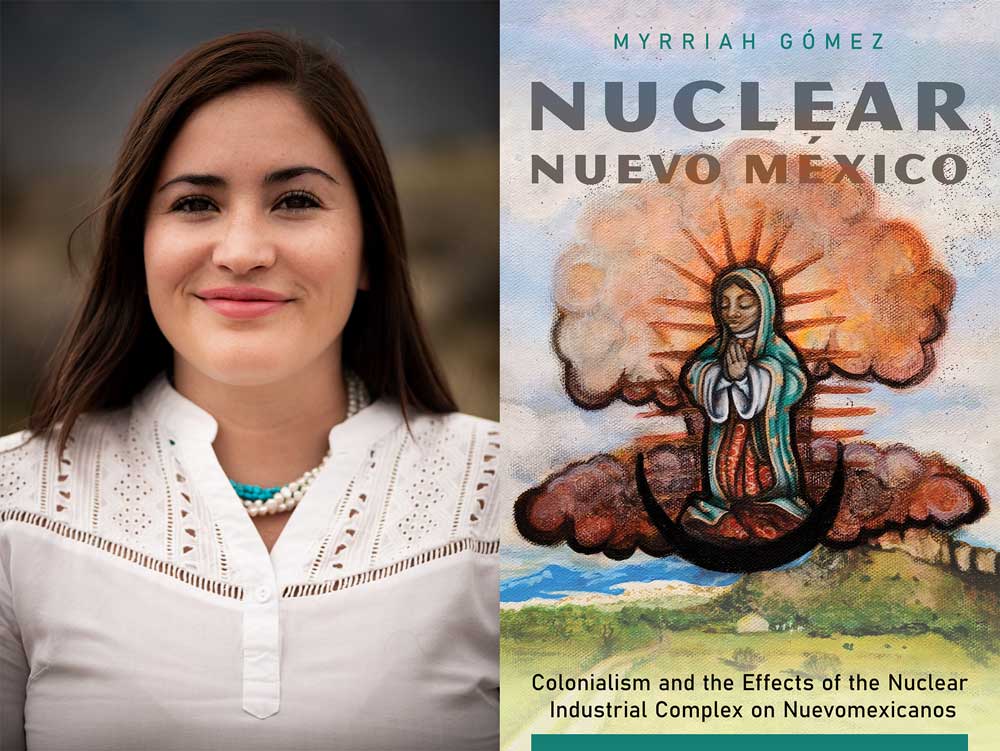 Nuclear Nuevo México recovers the voices and stories that have been lost or ignored in the telling of U.S. nuclear history. By recuperating these narratives, Myrriah Gómez tells a new story of New Mexico, one in which the nuclear history is not separate from the collective colonial history of Nuevo México but instead demonstrates how earlier eras of settler colonialism laid the foundation for nuclear colonialism in New Mexico. Today, Myrriah answers our questions about her new work.

What was your intention in writing this book?

There have been a lot of histories written about the Manhattan Project and Los Alamos, in particular. However, the presence of Nuevomexicanos, or the Spanish-speaking peoples of New Mexico and their descendants, is always an afterthought. The history books like to repeat a line that New Mexicans “gave up their land for the good of the nation,” and that just isn’t true. I originally wanted to write this book to tell the story about the takeover of the Pajarito Plateau, but the deeper I went, the more I realized how Nuevomexicanos across New Mexico have been affected by the nuclear industry. It is difficult to write a contemporary history, especially when things are still evolving, particularly the efforts to amend the Radiation Exposure Compensation Act (RECA) and the HOLTEC proposal to bring a high-level nuclear waste facility to southern New Mexico, but I needed to get this out there. There was an urgency in this project from the time I began and it may be even more urgent now. I want people to get this book in their hands so that they can assist in some of the efforts that Nuevomexicanos are currently engaged.

People often think they know the story of nuclear New Mexico. But that just isn’t the case. Why has the impact the nuclear program had on Nuevomexicanas/os and Indigenous people been overlooked for so long?

Put simply, New Mexico finds itself in a precarious situation because we are in the federal government’s stranglehold. The number of jobs that the Los Alamos National Laboratory (and Sandia National Laboratory) creates for Nuevomexicanas/os and Indigenous people is undeniable, and people are afraid of what would happen to northern New Mexico, especially, if the Labs “shut down.” I always tell people I am not outright advocating for the Labs to shut down, but they need to stop creating nuclear weapons. Also, Nuevomexicano and Indigenous perspectives have not always been represented accurately even when they have been discussed. For example, the recent WGN show Manhattan portrays both Indigenous people and Nuevomexicanos in a poor light. The only Nuevomexicano who appears in the show is depicted as a rapist. This show aired in the last decade. These racist depictions of our peoples are despicable. I think it has been easy to overlook or incorrectly depict our communities in these ways in part because people have been asking the wrong questions. For a long time, they wanted to know what the scientists were like who the Nuevomexicanas and Indigenous women worked for instead of asking the women about their own work on the Hill. Those themes (colonialism, racism, and others) resonate throughout the examples I discuss in the book.

You grew up in New Mexico, intimately aware of the impacts of the nuclear industrial complex had on everyday people. Was there anything that surprised you in researching this book?

There were many things that surprised me, but the magnitude of people who are sick with cancer and other illnesses associated with radiation exposure as the result of the Trinity test was shocking to me. I took a break from working on this manuscript to work on the Health Impact Assessment project for the Tularosa Basin Downwinders Consortium, which we released in February 2017. As we met with people from communities between Socorro and Tularosa, especially, I was saddened and angered by the high incidences of cancer and the total disregard for New Mexicans by the federal government. The fact that RECA has not been amended to include New Mexico downwinders (and others, like people in the Marshall Islands, for example) and that the government has not even issued an apology to the people of New Mexico should be shocking to all Americans.

Another thing that shocked me, in a good way, is the amount of coalitional work that occurs around anti-nuclear issues in New Mexico, across the country, and throughout the world. That is why I dedicate the book to the activists. There is a large network of people doing grassroots organizing, who have dedicated their lives to seeking justice around these issues. I respect and admire these people, many whom know far more about these issues than I do. I have never called myself an activist, but one day I hope I can dedicate all my time to working on these issues and be more than an advocate. Only then would I dare call myself an activist.

How could instructors teaching about colonialism and racism incorporate this work into their classes?

I wrote the introduction to this book to stand on its own, but also, the chapters illustrate the points I lay out in the introduction, especially in terms of settler colonialism and environmental racism. Each individual chapter is a case study of sorts. I also wrote it for a wide audience, meaning that high school teachers could use this in addition to the college professors that I hope will assign it. As I have already mentioned, much of this is contemporary history, meaning that these are ongoing issues and the battles against the nuclear industrial complex are still being fought. I would hope that those reasons alone would encourage instructors to teach this book to try to engage students in community-engaged research or participatory action research. What is the point of reading about all this twenty years from now if you have the chance to engage in what is happening right now to try to make an impact.

I am working on a new manuscript on nuclear literature written by and about people of color, tentatively titled Atomic Bomb Culture. This continues some of the testimonio work that I started with this project, only now I’m removing myself as interlocuter to analyze work that has already been published. What I hope to demonstrate is how the “fiction” is actually nonfiction and is modeled after what happened or is ongoing in communities of color affected by the nuclear industrial complex, and anything nonfiction, especially memoir and poetry, reflects intense experiences that remain mostly unfamiliar to the general public. 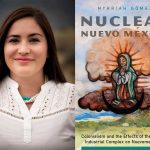