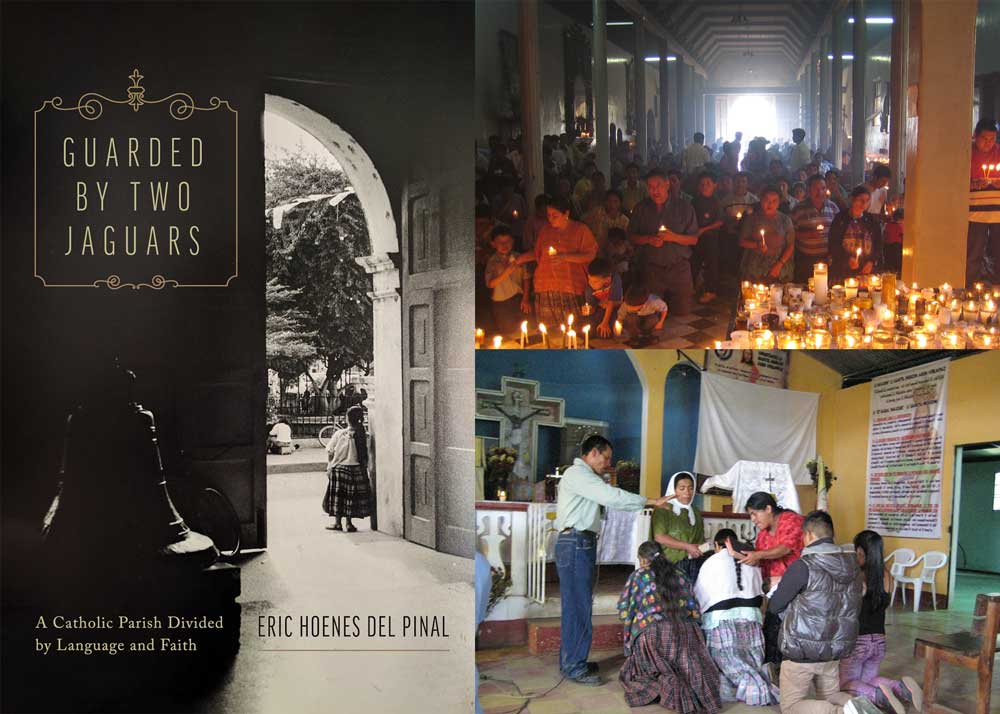 In Guarded by Two Jaguars author Eric Hoenes Del Pinal examines the role of language and embodied behaviors in producing a congregational split in a Catholic parish serving Guatemala’s Q’eqchi’ Maya people. Drawing on a range of methods from linguistic and cultural anthropology, author Hoenes del Pinal examines how the introduction of the Catholic Charismatic Renewal movement in the parish produced a series of debates between parishioners that illustrate the fundamentally polyvocal nature of Catholic Christianity. Today, he’s provided us with field notes and insights into his work.

Guests who have been invited to eat at Q’eqchi’-Maya ninq’e  (fiesta or celebration) will always leave with a bag of xeel. Xeel aren’t leftovers in the sense that North Americans usually mean by that term; they are not the remnants of a meal meant to be tucked away at the back of the fridge for later snacking. They are, in fact, typically much more food than one has personally consumed at the celebratory event itself, and they are meant to be shared with one’s family and friends so that they, too, can participate, if only at a distance, in the sacred act of convivial eating.

I share these photos and a few brief comments on them with you as a kind of xeel.  What I’ve chosen to include as the “Field Notes” may not be the main meal of my book, but I hope that these images and the words that accompany will give you a small taste of life in Cobán, Alta Verapaz and share in the generosity with which my Q’eqchi’-Maya interlocutors received me in their homes and churches.

This is one of four niches along the walkway up to San Felipe. If you look closely at the details of this photo you can see representations of two visions of Catholicism that bookend the story that I tell in this book. Carved just above the opening of the niche are the figures of the two jaguars that legend says stood guard when a miraculous image of Jesus appeared in this hill. Over the years many layers of lime-based whitewash have accumulated over them and now occlude some of their features, but the sooty smoke from the candles lit beneath them ensures that their unmistakable silhouette can still be seen. Behind the niche is a cross commemorating the first anniversary of Las santas misiónes en la Verapaz (The Holy Missions in Verapaz). While some people clearly relish the new opportunities for religious agency that this new, modernizing vision of Catholicism fosters, others worry that it may lead to the loss of the distinctive spiritual sensibility handed down through generations of Q’eqchi’-Maya elders and ancestors.

New Year’s Day is undoubtedly the busiest day at San Felipe. Mayas and Ladinos make it a point to come to the church to offer prayers and light candles for prosperity in the coming year. The church’s sacristans take shifts making sure that there is space for the candles and progressively remove rows of pews to accommodate them. Votive candles sometimes explode due to the heat, and so they must also keep a watch out for any unexpected fires. For the next few days, the sacristans will clean out any remainders of wax in the votive cups, wash them out, and sell them as well as any wax remnants back to candle makers. That small influx of cash from that projects as well as the offerings collected that day help sustain the parish during the lean months it experiences after Holy Week. Sometimes they will find a votive cup with an attractive design that is also particularly good shape and will keep it to use as a drinking glass.

Although there are many reasons that people are first attracted to La Renovación, there is no doubt that the intercessory prayers they offer on behalf of their members is an important benefit of being part of the congregation. The Holy Spirit was perhaps slow to move when I first went to San Felipe in 2004, but in the intervening years its spiritual gifts (dones) have come with more frequency and several individuals are now recognized as particularly efficacious at facilitating all manner of healing through prayer. They offer their expertise both at both the groups semi-weekly prayer meetings and will also travel to people’s homes to help.

Although most San Felipe’s catechists are men, several of the women who serve in that role have emerged as strong community leaders. They work diligently as lay religious leaders and though it can be difficult to balance the demands of home and church, are amongst the most dedicated lay leaders in the parish. Here we see several of San Felipe’s catequistas are taking the Eucharist to be venerated in private homes during Corpus Christi. That feast day is meant to be an opportunity for Catholics to reflect on the mystery of the transubstantiation of the communion host and wine into Jesus’ body and blood. It is also an opportunity to bridge the spaces of home and church and cultivate a sense of intimacy with the divine.

No ethnographer can do their job alone. I include this picture in gratitude of the time, energy, and interest that people in Cobán gave to me. Of the six of us in the picture (I am second from the right), only the two at the far ends still live in Cobán. Two of my friends pictured here have passed away, and I fear that Father Augustine may have as well shortly after he returned to his native country. The advent of social media, though, means that I am in regular (if not exactly frequent) contact with others, and we are able to share in each other’s lives at least a little bit from a distance.

Eric Hoenes del Pinal was born in Guatemala. He has earned a BA from Boston University and a PhD from the University of California, San Diego. He is currently an assistant professor of religious studies at the University of North Carolina at Charlotte. He is the co-editor (with Kristin Norget and Marc Roscoe Loustau) of Mediating Catholicism: Religion and Media in Global Catholic Imaginaries (Bloomsbury 2022), and his work has appeared in Anthropological Quarterly, Contemporary Religion, and the Journal of Global Catholicism.

All images in the post are are copyrighted. Do no reproduce without permission. 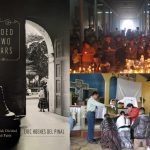