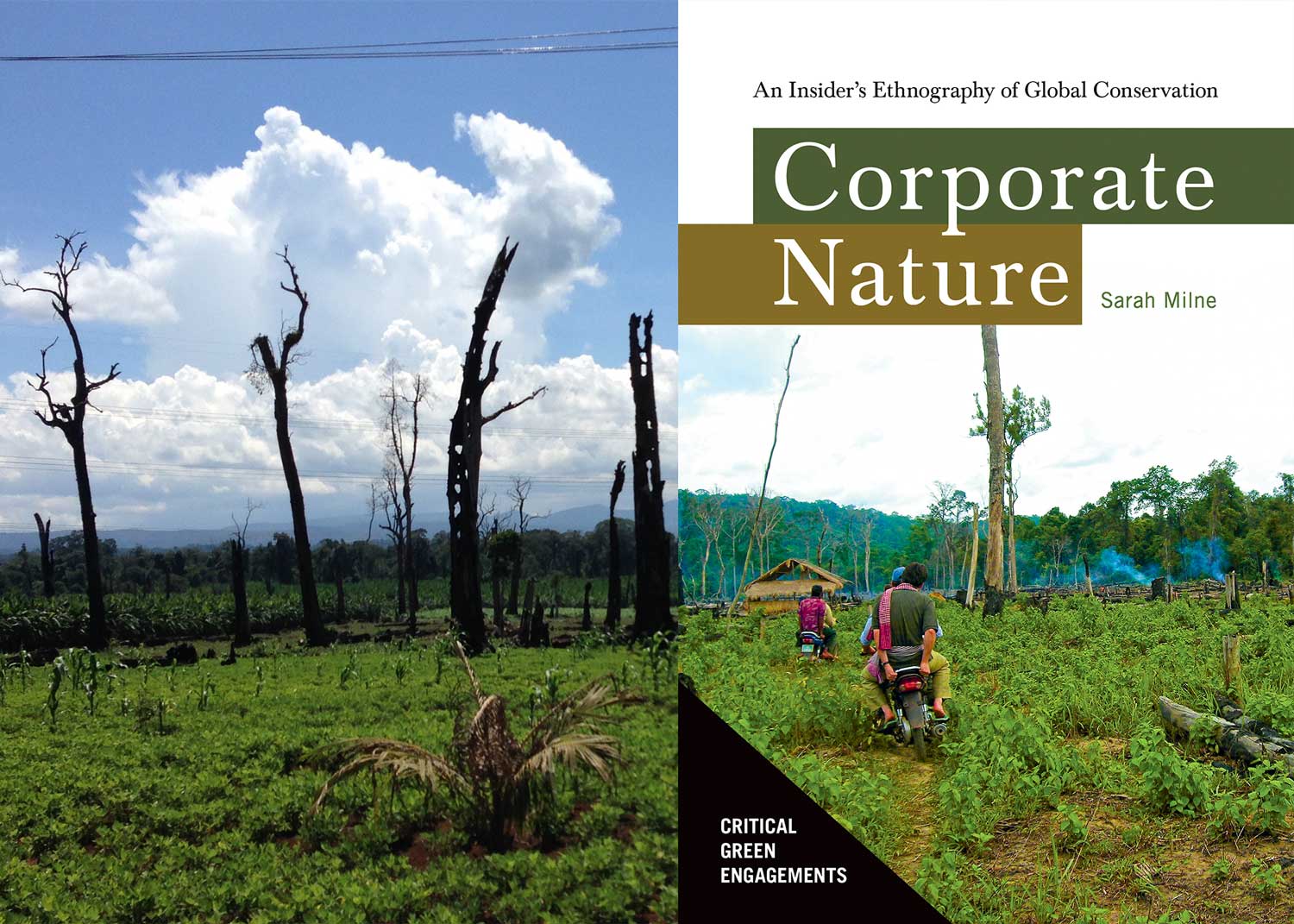 In Corporate Nature, Sarah Milne delves inside the black box of mainstream global conservation. She reveals how big international NGOs struggle in the face of complexity—especially in settings where corruption and political violence prevail. She uses the case of Conservation International’s work in Cambodia to illustrate how apparently powerful NGOs can stumble in practice: policy ideas are transformed on the ground, while perverse side effects arise, like augmented authoritarian power, illegal logging, and Indigenous dispossession. Below read an excerpt from the book.

October 2002, Cardamom Mountains:
It’s my first trip into the forest, and I am a fresh Aussie volunteer—the kind that is full of hope, and even ambition, about what I might achieve in the year ahead. My job description is unusual, but somehow it chimes with my self made can-do style. Handed down the day before, in a single word, “WHAM.” The directive came from my enigmatic Australian boss, a Vietnam War veteran, and country director for Conservation International (CI) in Cambodia. Not understanding, I looked at him questioningly. “Winning hearts and minds,” he answered, as he handed me a pair of jungle-standard army boots. “We’ve been good at holding the line, keeping the forest intact, but not so good at working with the locals . . . that’s your job, the communities bit.”

With this in mind, I am now being ushered around the field site by my new Cambodian colleagues. Their language is so foreign, I grimace; the surrounding forest is so green that it’s unnatural, even sickly. Meanwhile, my head is full of ideas from Australia—Indigenous rights and self-determination—the language of my central Australian NGO job and desert home of just one week prior. But there are no outback horizons here. The rainforest on either side of the muddy track we’re following seems impenetrable, somehow claustrophobic. I’m also uncomfortable because, in this stage-managed tour of the field, I am being made into the quintessential foreigner. They call me barang—the Khmer word for Frenchman or white person, deriving from colonial times. It’s the only word I understand in the unfamiliar chatter. At least I know when they’re talking about me.

Blindly riding this wave of NGO teamwork, I find myself en route to a prearranged village event, which will involve us—CI—handing out large sacks of rice and parcels of salt to the local Indigenous people. “This is because they are hungry,” I’m told by my translator, “because the conservation project prevents them from doing slash-and-burn farming.” As we arrive at the local temple grounds, I’m horrified to discover a large crowd of villagers waiting for us. Squatting in the hot sun, they stare as we get off our motorbikes and organize our things—cameras, water bottles, sunglasses . . . too much stuff, in front of people who have nothing. This is the first time representatives from CI or any NGO have formally visited this village. Thus, there’s a sense of anticipation and expectation, plus awe at the sight of a foreign woman who is dressed rather like a man. I now feel doubly self-conscious, unbearably hot, and somehow oversized in my Australian outback field gear.

Even though this is the first official public engagement between villagers and the conservation project, it seems that the proceedings are scripted. Dignitaries like the village chief and the local Forestry Administration boss are greeted and thanked, monks arrive to bless the bags of rice piled high at our feet, and villagers applaud on cue. Then, to my alarm, I’m told that I must give a speech. Totally unprepared, I hesitate, but saying no is not an option. Cringing privately, I begin in English, with my translator standing ready beside me: “Hello, everyone, my name is Sarah, I’m here to help you.” As the conservation project’s new communities officer, I have now entered the story. I’m on stage, in what will become an intoxicating role play, one replete with its own offstage dynamics of fear, manipulation, and passion that I cannot yet imagine

***
Sarah Milne is a senior lecturer in environment and development at the Australian National University. She earned her doctorate in geography from the University of Cambridge. Milne is co-author of Conservation and Development in Cambodia: Exploring Frontiers of Change in Nature, State and Society. Milne has combined research and practice for more than twenty years in the fields of community development and nature conservation, mainly in Cambodia. 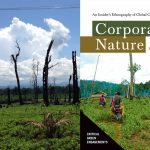