The Politics of Western Water

The Congressional Career of Wayne Aspinall

Stephen C. Sturgeon (Author)
Hardcover ($45.00) Buy
As the Democratic congressman from Colorado's Fourth District from 1949 to 1973, Wayne Aspinall was an advocate of natural resource development in general and reclamation projects in particular. A political loner, considered crusty and abrasive, he carved a national reputation by helping secure the passage of key water legislation—in the process clashing with colleagues and environmentalists alike. Fiercely protective of western Colorado's water supply, Aspinall sought to secure prosperity for his district by protecting its share of Colorado River water through federal reclamation projects, and he made this goal the centerpiece of his congressional career. He became chair of the House Interior Committee in 1959 and ruled it with an iron fist for more than a dozen years—a role that placed him in a key position to shape the nation's natural resource legislation at a time when the growing environmental movement was calling for a sharp change in policy. This full-length study of Aspinall's importance to reclamation in the West clarifies his role in influencing western water policy. By focusing on Aspinall's congressional career, Stephen Sturgeon provides a detailed account of the political machinations and personal foibles that shaped Aspinall's efforts to implement water reclamation legislation in support of Colorado's Western Slope, along the way shedding new light on familiar water controversies. Sturgeon meticulously traces the influences on Aspinall's thinking and the arc of his career, examining the congressman's involvement in the Colorado River Storage Project bill and his clash with conservationists over the proposed Echo Park Dam; recounting the fight over the Frying Pan-Arkansas Project and his decision to support diverting water out of his own district; and exploring the battles over the Central Arizona Project, in which Aspinall fought not only environmentalists but also other members of Congress. Finally he assesses the Aspinall legacy, including the still-disputed Animas-La Plata Project, and shows how his vision of progress shaped the history of western water development. The Politics of Western Water portrays Aspinall in human terms, not as a pork-barrel politician but as a representative who believed he was protecting his constituents' interests. It is an insightful account of the political, financial, and personal variables that affect the course by which water resource legislation is conceived, supported, and implemented—a book that is essential to understanding the history and future of water in the West.
"Sturgeon's book focuses on Aspinall's influence on water development in the West, but his examination of early-twentieth-century water development is nearly as valuable as his examination of Aspinall's career." —Montana"[A] careful and tightly-focused study of Aspinall's influence on Colorado and western water development . . . Sturgeon knows Colorado water politics and legislation well." —Western Historical Quarterly"Anyone interested in the story of water development on the Colorado River would do well to read this book." —Utah Historical Quarterly 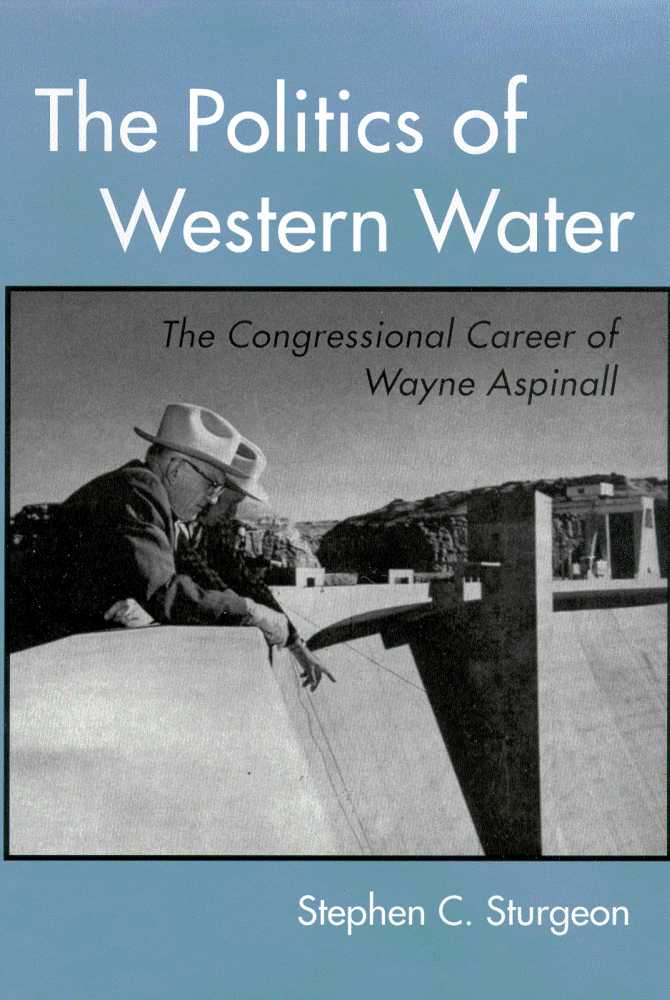