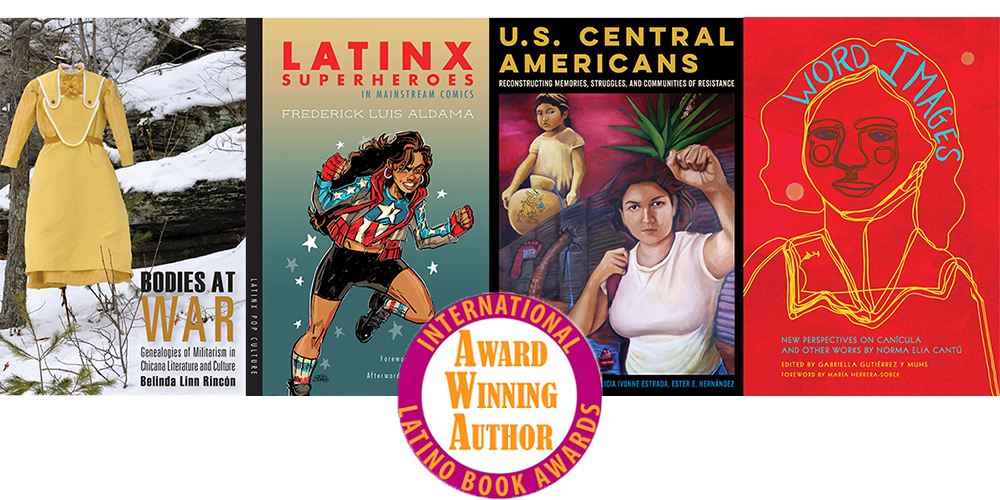 September 10, 2018 — The 2018 International Latino Book Awards Ceremony took place on Saturday, September 8th in Los Angeles, California. Over the last 20 years the International Latino Book Awards has grown to become the largest Latino literary and cultural awards in the USA. Winners have been from across the USA and at least 17 countries in Latin America, Spain, and a dozen countries elsewhere. Latino Literacy Now has developed a series of important partnerships with organizations like the California State University, Dominguez Hills; Las Comadres de las Americas; REFORMA, the National Association to Promote Library and Information Services to Latinos; Libros Publishing; and Scholastic. Over the years, over 2,400 authors and publishers have been honored for their work by the International Latino Book Awards. We are thrilled to announce the winning books and authors from our Press below! Belinda Linn Rincón’s Bodies at War: Genealogies of Militarism in Chicano Literature and Culture is the second place winner of the Best Women’s Issues Book award. This book examines the rise of neoliberal militarism from the early 1970’s to the present, charting its impact on democratic practices, economic policies, notions of citizenship, race relations, and gender norms by focusing on how these changes affect the Chicana/o community and, more specifically, on how neoliberal militarism shapes and is shaped by Chicana bodies. Through Chicana art, activism, and writing, Rincón offers a visionary foundation for an antiwar feminist politic. Belinda Linn Rincón is an assistant professor of Latin American and Latina/o studies and English at John Jay College of Criminal Justice, CUNY. She is also the co-founder and co-organizer of the Biennial U.S. Latina/o Literary Theory and Criticism Conference. U.S. Central Americans: Reconstructing Memories, Struggles, and Communities of Resistance, edited by Karina Oliva Alvarado, Alicia Ivonne Estrada, and Ester E. Hernández, is the first place winner of the Best Nonfiction Multi-Author award. This book explores the shared yet distinctive experiences, histories, and cultures of 1.5 and second-generation Central Americans in the United States. This is the first book to articulate the rich and dynamic cultures, stories, and historical communities of Central American communities in the United States. Contributors to this anthology— often writing from their own experiences as members of this community— articulate U.S. Central Americans’ unique identities as they also explore the contradictions found within this multivocal group. Karina Olivia Alvarado is a lecturer in the Chicana and Chicano Studies Department at the University of California, Los Angeles. Alicia Ivonne Estrada is an associate professor of Chicana/o Studies at California State University, Northridge. Ester E. Hernández is a professor of Chicana/o and Latina/o studies at California State University, Los Angeles. She has also served on the executive boards of the Coalition for Humane Immigrant Rights of Los Angeles and Mujeres Activas en Letras y Cambio Social. Taking home second place in the Best Nonfiction Multi-Author award category is Word Images: New Perspectives on Canícula and Other Works by Norma Elia Cantú, edited by Gabriella Gutiérrez y Muhs. This book is a collection of critical essays that unveil Norma Elia Cantú’s contribution as a folklorist, writer, scholar, and teacher for the first time. Word Images unites two valuable ways to view and use Cantú’s work, with the first part comprising essays that individually examine Cantú’s oeuvre through critical analysis and the second part dedicated to ideas and techniques to improve the use of this literature by teachers and professors. Gabriella Gutiérrez y Muhs is a professor of modern languages and women and gender studies at Seattle University, where she is also the director for the Center for the Study of Justice in Society.

An enormous congratulations to all of our winners! 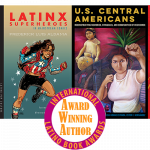