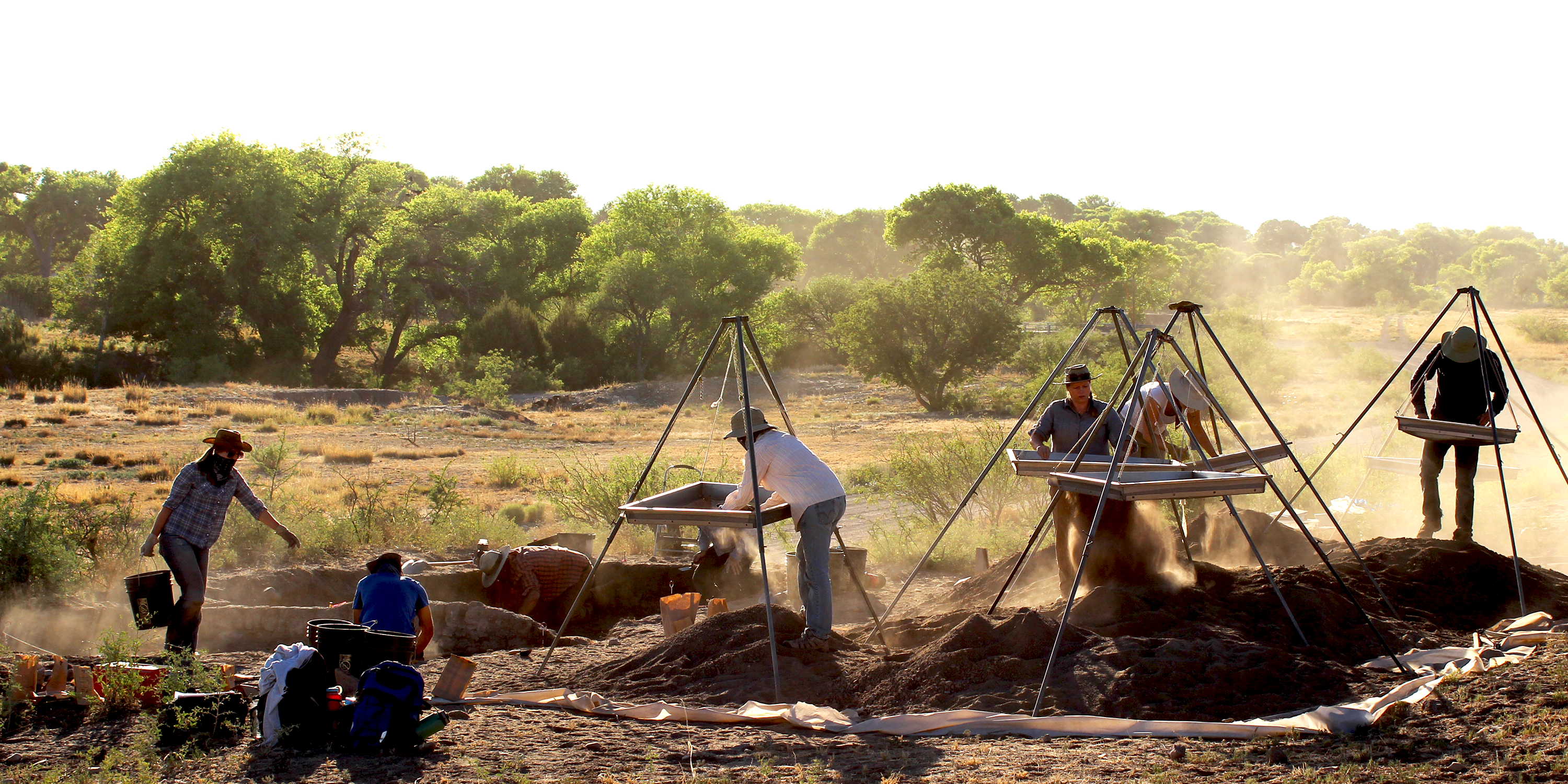 In the early 1970s, understanding of the Mimbres region as a whole was in its infancy. In the following decades, thanks to dedicated work by enterprising archaeologists and nonprofit organizations, our understanding of the Mimbres region has become more complex, nuanced, and rich. New Perspectives on Mimbres Archaeology brings together these experts in a single volume for the first time. Focusing on the social contexts of people and communities, the role of ritual and ideology in Mimbres society, evidence of continuities and cultural change through time, and the varying impacts of external influences throughout the region— the volume presents recent data on and interpretations of the entire pre-Hispanic sequence of occupation.

Below, editors Barbara J. Roth, Patricia A. Gilman, and Roger Anyon discuss the inspiration for their research, the unfortunate consequences that have accompanied the beautiful Mimbres ceramics, and future directions for understanding Mimbres life and culture.

Why did you embark on this research?

Roger Anyon: It can probably be said that this research began over 40 years ago when the Mimbres Foundation established a research presence in the Mimbres Valley. Without the pioneering work of Steven LeBlanc and the Mimbres Foundation, the current book would not have been possible. For me, working with this group of talented individuals and pulling together the most recent research on the Mimbres archaeological culture has been a particularly rewarding experience.

Barbara J. Roth: This was a collaborative effort that resulted from many discussions with colleagues working in the Mimbres region about the changes in our interpretations of what had happened through time and the reasons for these changes since the foundational research in the area by the Mimbres Foundation. We were excited to bring together a group of scholars actively doing research in the region to put these new finds and interpretations in context, and we were able to include perspectives from some of the people who had worked on Mimbres Foundation projects (including Gilman and Anyon, two of the co-editors, along with Steve LeBlanc, who started the Mimbres Foundation.)

Why is there so much interest in Mimbres Ceramics?

Patricia A. Gilman: The paintings of people and animals on some Mimbres black-on-white pottery attracts the attention of many archaeologists and non-archaeologists. Unfortunately, the price that such vessels can command has led to the wholesale looting and sometimes the bulldozing of Mimbres sites. Such looting destroys the contexts in which the bowls are embedded, and it is context that allows archaeologists to understand how people lived in the Mimbres Valley in the past. While the paintings on the bowls are beautiful, we want to say things about peoples’ lives.

Roger Anyon: Simply put, Mimbres ceramics are a unique ceramic decorative tradition that illustrates aspects of Mimbres life in ways unlike any other Southwestern ceramics. The designs are intricate, delicate, bold, and strong. It is, however, most unfortunate that Mimbres designs have such vitality and presence to the modern eye, as it is looting for these ceramics that has contributed to the destruction of Mimbres archaeological sites.

Barbara J. Roth: I think it has to do with their artistic beauty. Many of the pots are absolutely exquisite and to think about someone making that kind of artistic design with a yucca brush is awe-inspiring. I think they are attractive to archaeologists for different reasons, primarily what they can tell us about Mimbres society. I have to admit I have been frustrated at times with the focus on ceramics, as in the past (not in the present volume!) this has led to an overemphasis on the role of ceramics in the society. They were clearly important to Mimbres people, but they only represent a small portion of their lifeways, and there are a lot of other data, much of which are discussed in the volume, that help us piece together what life was like in the Mimbres region.

What do you hope will come next in Mimbres archaeology?

Patricia A. Gilman: Current research projects are examining sites and artifacts to the north and west of the Mimbres Valley, and I hope that a better understanding of what makes Mimbres Mimbres will come from these. Another major research project is using Instrumental Neutron Activation Analysis to source the pottery to the sites at which it was made. This has been and will continue to be ground-breaking in terms of who was and who was not making pottery and where that pottery ended up. What I hope will come next that no one is apparently doing in a major way is to collate the elements in the paintings of people and animals. That is, do staffs (perhaps staffs of authority?) associate with men, women, or both? With what or whom do specific animals— dogs, macaws, antelopes— associate? Even though we have admired Mimbres painted pottery since the early 1900s, no one has ever done such a study.

Roger Anyon: There is so much research yet to be done in both the field and in existing museum collections. We are just beginning to understand the pre-ceramic period and I see this as a major avenue of future research into the origins of agriculture in southern New Mexico. I also hope that we get a much clearer idea as to how Mimbres pithouse and pueblo society was structured, and how internally and externally driven dynamics caused change. Finally, there is so much to learn about the late periods, after Mimbres ceramics are no longer made, when there is dramatic societal change on many scales.

Barbara J. Roth: I’d like to see a resurgence of research in the area. As I said in a recent grant proposal, we can still fit most of the scholars actively doing fieldwork in the area in a minivan. I’d like to see more student involvement, and I’d like to see researchers start to ask different questions. When the Mimbres Foundation started, archaeology as a discipline was very focused on topics like ecology, land use, subsistence, and climate. These are very important and are crucial to understanding Mimbres society. But through time, there were all kinds of interesting social and ideological things going on, and we have only started to explore them. In New Perspectives on Mimbres Archaeology, the contributors discuss current knowledge of the people who lived in the Mimbres region of the southwestern United States and how our knowledge has changed since the Mimbres Foundation, directed by Stephen A. LeBlanc, began the first modern archaeological investigations in the region. Many of these authors have spent decades conducting the fieldwork that has allowed for a broader understanding of Mimbres society. Additional contributions include a history of nonprofit archaeology by William H. Doelle and a concluding chapter by Steven A. LeBlanc reflecting on his decades-long work in Mimbres archaeology and outlining important areas for the next wave of research. 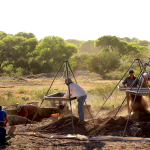