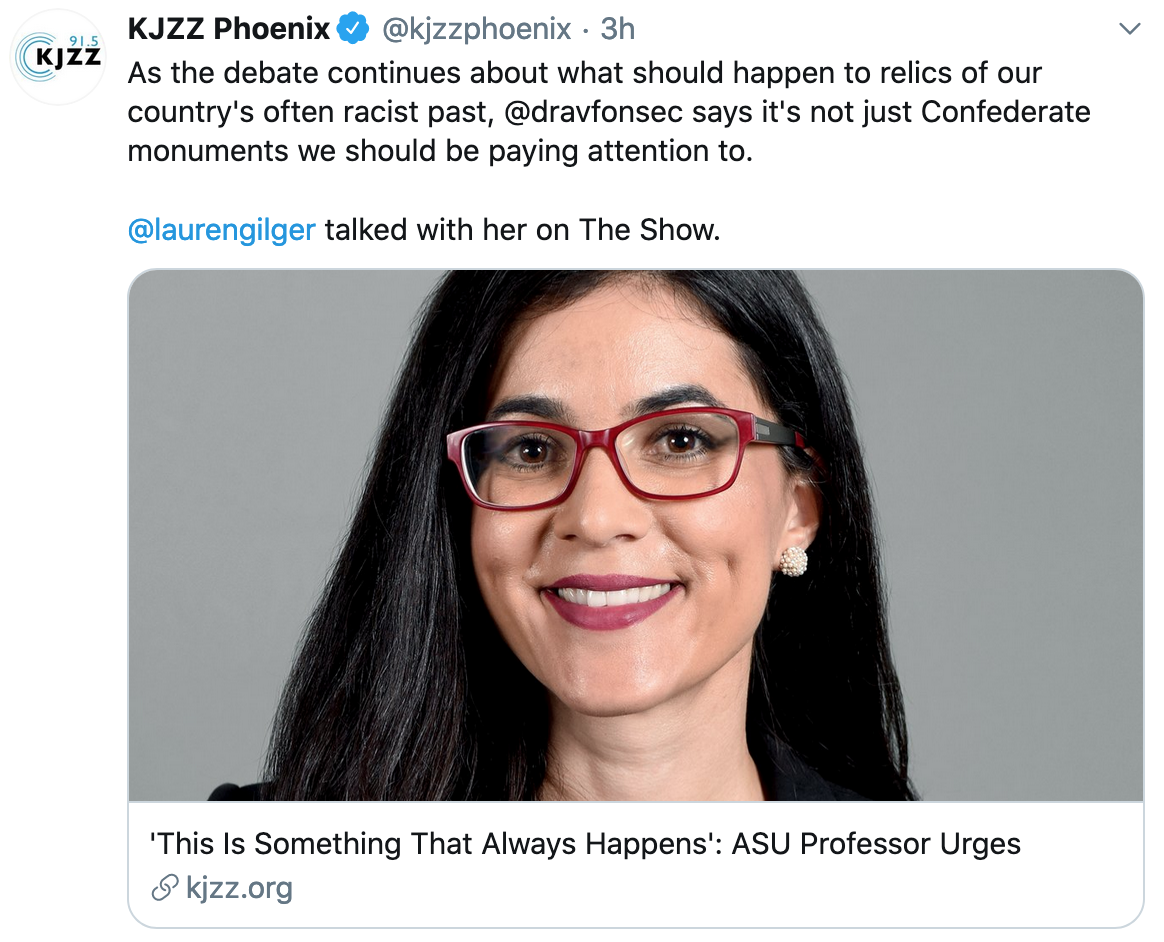 … it’s complicated because the issue with the Oñate statues is that they were met with protests from the moment that they were going up. And the larger argument that I make with that is the funding that’s attached to these almost are always people of, you know, people that want to celebrate this legacy. People that are from a different sort of socioeconomic status. Even the statue in El Paso, for example, which is the largest equestrian statue in the world, this was put up after the one that went up in Alcalde, New Mexico, after the one that went up in Albuquerque. And so it’s sort of just interesting to think about, you know, if the argument is that these statues really celebrate our history, how many statues do you want? And are you willing to listen to detractors or folks that feel differently about that history. If you’re not willing to listen to that, but you’re also part of the socioeconomic class that can make it happen, then that’s where sort of the power imbalance happens when you’re really talking about whether or not this is OK.

Fonseca-Chávez’s new book, Colonial Legacies in Chicana/o Literature and Culture, exposes the ways in which colonialism is expressed in the literary and cultural production of the U.S. Southwest, a region that has experienced at least two distinct colonial periods since the sixteenth century.

To listen or read the full interview with Fonseca-Chávez, go here. 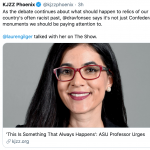