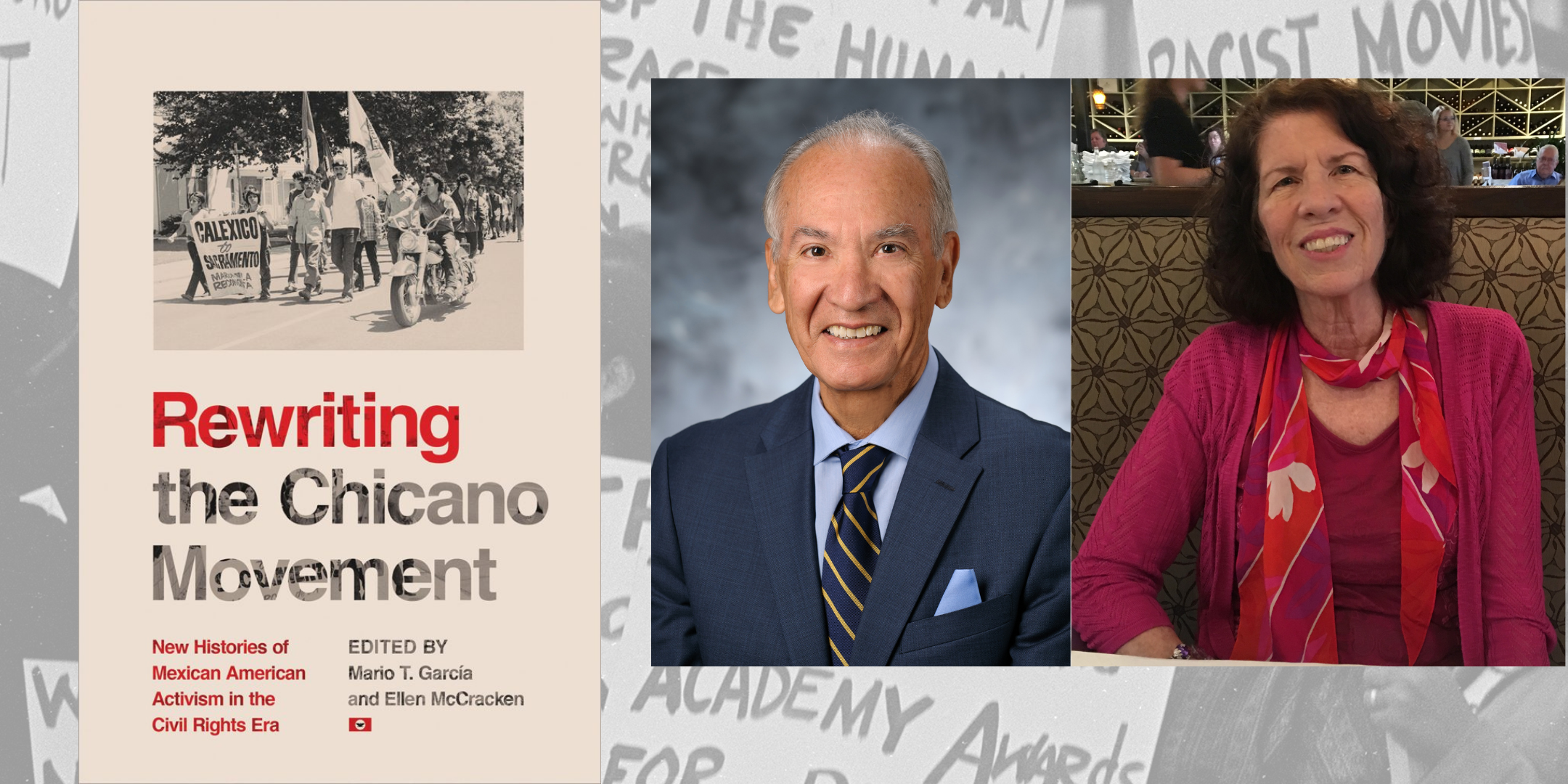 Rewriting the Chicano Movement, edited by Mario T. García and Ellen McCraken, is a new collection of powerful new essays on the Chicano Movement that expand and revise the understanding of the movement. These essays capture the commitment, courage, and perseverance of movement activists, both men and women, and their struggles to achieve the promises of American democracy. The contributors to this book highlight the role of women in the movement, the regional and ideological diversification of the movement, and the various cultural fronts in which the movement was active.

Here, García and McCraken answer question about this new book:

Why is it important to revisit the history of the Chicano Movement through this book?

It’s important to revisit the history of the Chicano Movement through this book because the Movement represents a seminal part of the history of Chicanos (Mexican Americans) in the United States. It was the largest and most widespread civil rights and empowerment movement by people of Mexican descent up to the 1960s and 1970s. The Chicano Movement through its struggles opened up new opportunities for Chicanos in areas formerly restricted such as in education, especially higher education, politics, culture, media, and business. These opportunities were not given willingly, but had to be forced by mass peaceful struggles. The Movement for the first time made Chicanos, and by extension other Latinos, into national political actors. The roots of Latino political power, which is a reality, lie in the Chicano Movement as well as similar struggles by other Latino groups such as Puerto Ricans in the United States. It is important to know about the history of the Chicano Movement as a reminder of how power and opportunities are accessed.  It comes through people power and the organization of this power. We need to learn these lessons at a time when reactionary forces led by Donald Trump would impose an American form of totalitarianism. Chicanos and Latinos must be in the forefront of defending American democracy and civil rights and we can be inspired to do so by learning how our communities in the past have struggled for our rights such as in the Chicano Movement.

Is there a commonality worth noting that runs through the book’s essays?

The commonality that runs through the book is the commitment by Chicanos through the Chicano Movement to achieve recognition, respect, and dignity in American society through various forms of struggles including political, educational, and cultural ones. What is also common in the book is that we need to rewrite the Chicano Movement to take into consideration the diversity of the Movement. There was no one Movement but many in different regions of the country, which included both men and women.

What conversations, in community or classroom, do you hope rise from the book?

We hope that the book will be used by both educational groups and community ones to re-discover the historical importance of the Chicano Movement and its continued relevance to today’s conditions and struggles. The Chicano Movement did not eliminate racism, class discrimination, cultural discrimination, and gender discrimination for Chicanos and other Latinos. What the Movement did was to empower Chicanos to believe that they and they alone could change history and pressure the system to become more equitable and democratic. We are not there yet, but the Movement can still inspire and guide us in continuing the struggle. We hope that readers will confront the question: How is the Chicano Movement still relevant to us today?

How can telling untold stories about the Movement help the momentum of today’s activists and organizers?

Telling untold stories about the Chicano Movement, as noted, can hopefully inspire and guide today’s activists in learning that the struggles for democratic rights has a long history and with many heroic figures, male and female, who have participated in earlier struggles to empower the Chicano and Latino communities. There is a praxis involved in our book. First, we want people to read about these untold stories of the Movement. Then we want readers to reflect on the meaning and importance of these stories.  And then, and this is most important, we want readers to act on these stories. How can I take up the legacy of the Chicano Movement and apply it to my current conditions? How can I continue the struggle?

We hope that the struggle inspired by the Chicano Movement will continue.  Does this mean that the Chicano Movement is still alive? Yes and no. As a historical movement set in the late 1960s and 1970s, the Movement no longer exists as such; it is a historical movement set in time and place.  However, the legacy of the Movement continues. It is a legacy of the struggle for democratic and human rights and for the rights of people such as Chicanos and other Latinos to define themselves and be proud of their ethnic background. That struggle has continued in the post-Movement years and still does in the new millennium.

Mario T. García is Distinguished Professor of Chicano Studies and History at the University of California, Santa Barbara, specializing in Chicano history, Chicano/Latino autobiography, and Chicano/Latino religion. He is the author, co-author, and editor of more than twenty books in Chicano history, including Blowout! Sal Castro and the Chicano Struggle for Educational Justice, The Making of a Mexican American Mayor, and Literature as History. He has won a number of awards, including a Guggenheim Fellowship.

Ellen McCracken is a professor in the Department of Spanish and Portuguese at University of California, Santa Barbara, specializing in U.S. Latino and Latin American literature. Her books include New Latina Narrative, The Life and Writing of Fray Angélico Chávez, and Paratexts and Performance in the Novels of Junot Díaz and Sandra Cisneros. 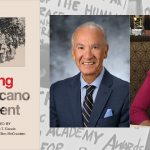