In 1924, the United States began a bold program in public health. The Indian Service of the United States hired its first nurses to work among Indians living on reservations. In Strong Hearts and Healing Hands historian Clifford E. Trafzer shows how field nurses and Native people formed a positive working relationship that resulted in the decline of mortality from infectious diseases. With strong hearts, Indians eagerly participated in the tuberculosis campaign of 1939–40 to x-ray tribal members living on twenty-nine reservations. Through their cooperative efforts, Indians and health-care providers decreased deaths, cases, and misery among the tribes of Southern California.

Today, we offer a brief excerpt from the preface of this important new work:

From 1928 to 1948, field nurses served the Indian people of the Mission Indian Agency on every Indian reservation. Their work with the people ultimately led to the decline of morbidity and mortality among tribal people. Field nurses helped improve Indian health, but they did not do it alone. They could not have been successful without the support and cooperation of Native American leaders, families, communities, and tribes. Indian people allowed field nurses, physicians, and hospital employees into their lives. Indians helped health-care providers fight invisible enemies that were then sickening and killing their people. Indians worked in partnership with field nurses to improve the health of their people because, as tribal elders have testified, it was to their advantage to cooperate with field nurses and other health care providers. At the time, Indian people were dying of illnesses brought to Southern California by settlers, soldiers, and government policy makers. Settlers had introduced infectious diseases among the people. Indians reasoned that newcomers had knowledge about the causation and prevention of “traveling” sickness or infectious diseases that moved indiscriminately from person to person, place to place.

During the 1920s, American Indian students had some knowledge about germs and disease prevention from their boarding-school days. When students returned home from Indian schools, they shared public-health knowledge and practical information about unseen enemies attacking their people. For many years, Southern California Indians had lived with bacterial and viral diseases. Indigenous people had their own medical traditions, but the medicine ways of Native Americans generally did not address serious infectious diseases.

For centuries, Native Americans had learned about health and healing from traditional indigenous nurses who lived in every Indian village and community in Southern California. Indigenous women had learned the art of nursing from their elders and their own practical experiences. Indigenous women were experts (and remain so today) in the use of herbal medicines. They used plant medicines to treat symptoms of infectious diseases, but often could not cure disease caused by pathogens. Some shamans claimed the ability to kill infectious diseases caused by microorganisms. Since the time of creation, every tribe had consulted indigenous nurses to help them maintain physical, mental, and spiritual health. Tribal use of Native nurses made it easier for indigenous people to accept treatment and advice from white nurses—all women—working for the Indian Service. 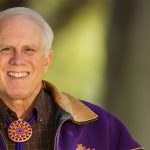