In 2018 we published the book Voices from Bears Ears by Rebecca Robinson with photographs by Stephen E. Strom. The book captures the passions of the debate that led to the creation of Bears Ears National Monument, a land of unsurpassed natural beauty and deep historical significance. The story of this place reflects the cultural crosscurrents that roil our times: maintaining tradition and culture in the face of change, healing the pain of past injustices, creating shared futures, and protecting and preserving lands for future generations. Today author Rebecca Robinson provides an update.

It’s been four years since former President Barack Obama established Bears Ears National Monument, and a new chapter in the ongoing debate over the future of a sacred landscape has begun. Here’s what you need to know about all things Bears Ears as the Biden administration prepares to make key decisions about its future.

Where is Bears Ears?

Bears Ears National Monument is located in southeast Utah, not far from the “four corners” where Utah, Colorado, New Mexico, and Arizona meet. Encompassing 1.35 million acres of public land managed by the federal government, and named for twin buttes visible for 60 miles in every direction, Bears Ears is adjacent to the Navajo Nation and Ute Mountain Ute tribal lands, and contains the ancestral homelands of the Hopi, Zuni, Ute Indian Tribe, and other Pueblo tribes. Their cultural and spiritual connection to the landscape is profound; to them, the land is sacred.

Descendants of Mormon pioneers who were the first Anglo settlers in the region also call Bears Ears country home, and similarly feel a strong spiritual attachment to the land their Heavenly Father called them to settle and steward.

The Bears Ears region has long been eyed for protection by conservationists drawn to its natural wonders and archaeologists who view the region as historically significant due to the abundance of Indigenous cultural resources: stone structures, tools, pottery, and petroglyphs documenting more than a millennium of human habitation.

The region’s Indigenous peoples have always had a strong interest in protecting this land, which they have called home since time immemorial. But it was not until the formation of the Bears Ears Inter-Tribal Coalition in 2015 that Native American Tribes successfully petitioned a presidential administration to protect their sacred lands. The Coalition’s proposal laid the foundation for the national monument established by Obama in December 2016, just before he was succeeded as President by Donald J. Trump.

What happened to Bears Ears during the Trump administration?

Following the establishment of Bears Ears, a small but vocal group of local residents (mostly Anglo, many Mormon pioneer descendants) and key members of Utah’s state and Congressional delegation (all Republican) lobbied the Trump administration to reduce or abolish the monument. In their view, Obama’s establishing the monument using the Antiquities Act – an executive order, as opposed to legislation – was a prime example of federal overreach that would devastate the local economy by preventing drilling and mining on monument land.

Other locals and advocates nationwide applauded Obama’s decision, viewing it as a victory for the Tribes and the environment and an opportunity to invest in an economic future based on outdoor recreation instead of mineral extraction.

The opponents had Trump’s ear, however, and in December 2017, Trump reduced Bears Ears by 85% and reopened lands protected by Obama to extractive industries. Conservation organizations, recreation companies, and Tribes filed multiple lawsuits, claiming a president does not have the right to reduce a monument created by a predecessor. Those suits are still pending in federal court.

Will anything change now that Joseph R. Biden is president?

While on the campaign trail in 2020, Biden pledged to undo Trump’s “assaults on America’s natural treasures,” including reducing Bears Ears. On his first day in office, Biden signed an executive order directing the new Secretary of the Interior to conduct a review of Trump’s monument reductions and recommend actions Biden can take.

Who is the new Interior Secretary?

In March 2021, the Senate confirmed former New Mexico Rep. Deb Haaland (D) to lead the Interior Department. Haaland, who is from the Pueblos of Laguna and Jemez, is the first-ever Indigenous Interior Secretary.

Her appointment would seem to bode well for Bears Ears. Through her past legislative work and in public statements, she has sent a clear message that she is and will continue to be a strong advocate for Native-led efforts to protect and steward public lands.

Last month, Haaland visited southeast Utah and spoke with residents of communities adjacent to Bears Ears about their thoughts, concerns, and visions for the future of the monument. She is expected to make a recommendation to Biden in the coming months.

The Bears Ears Coalition underscored the significance of Haaland’s appointment:

“Historically, the [Interior Department] has maintained a tumultuous and painful relationship with Native peoples. As such, uplifting an Indigenous Pueblo woman to lead in this role is a monumental moment for Indian Country.”

What about the opposition?

Many of Utah’s Republican state and Congressional leaders oppose undoing Trump’s actions, and even want to pass legislation preventing any future president from using the Antiquities Act to establish national monuments in Utah.

However, all signs point to the Biden administration restoring and perhaps expanding the original boundaries—and a resounding victory for Bears Ears advocates and Tribes.

Rebecca Robinson is a Portland, Oregon–based writer. Her work has been widely published, and she has received numerous awards for her work in print, radio, and online media. 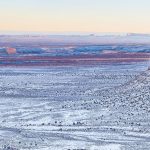