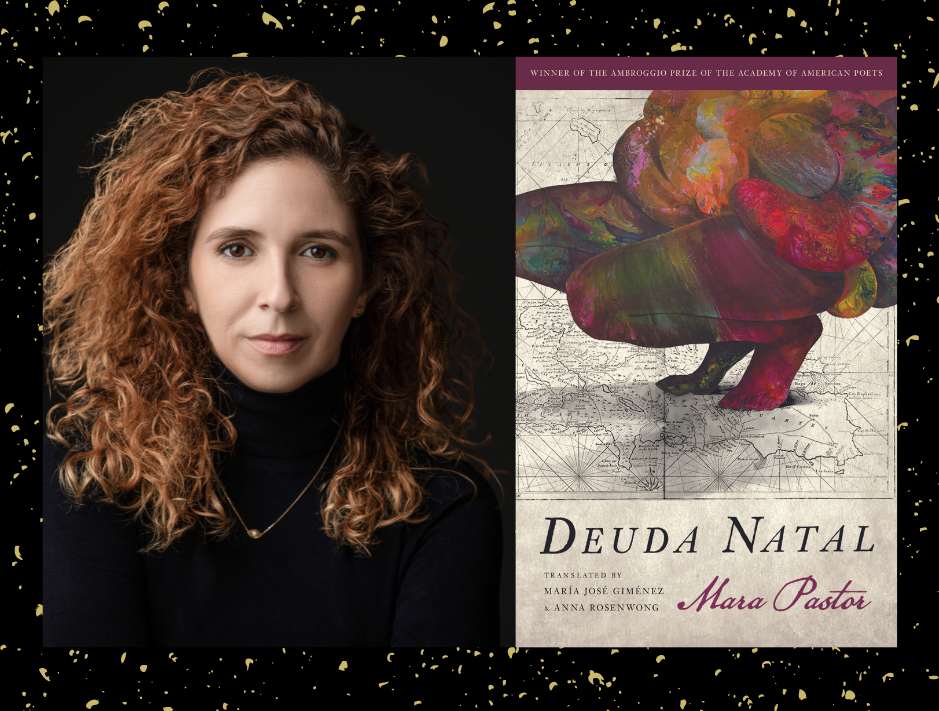 The University of Arizona Press, in partnership with the Academy of American Poets, presented poet Mara Pastor, who read from her new collection, Deuda Natal, in a virtual book celebration on Wednesday, September 9, 2021.

Deuda Natal won the Academy of American Poets’ 2020 Ambroggio Prize, the only annual award of its kind in the United States that honors American poets whose first language is Spanish. The poems in Deuda Natal were translated from Spanish to English by María José Giménez and Anna Rosenwong.

During this virtual book celebration, Pastor, and translators Giménez and Rosenwong, were introduced by Nicole Cecilia Delgado, a poet, translator, and book artist. Pastor read her poems in Spanish, while Giménez and Rosenwong read the same poems in English. Delgado interviewed the poet and translators about the project, and how they delicately worked together to capture the poet’s words, spirit, and motivations.

Deuda Natal finds the beauty within vulnerability and the dignity amidst precariousness. As one of the most prominent voices in Puerto Rican poetry, Pastor uses the poems in this new bilingual collection to highlight the way that fundamental forms of caring for life—and for language—can create a space of poetic decolonization. The poems propose new ways of understanding as they traverse a thematic landscape of women’s labor, the figure of the nomad and immigrant, and the return from economic exile to confront the catastrophic confluence of disaster and disaster capitalism. 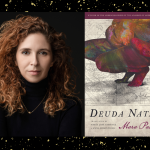