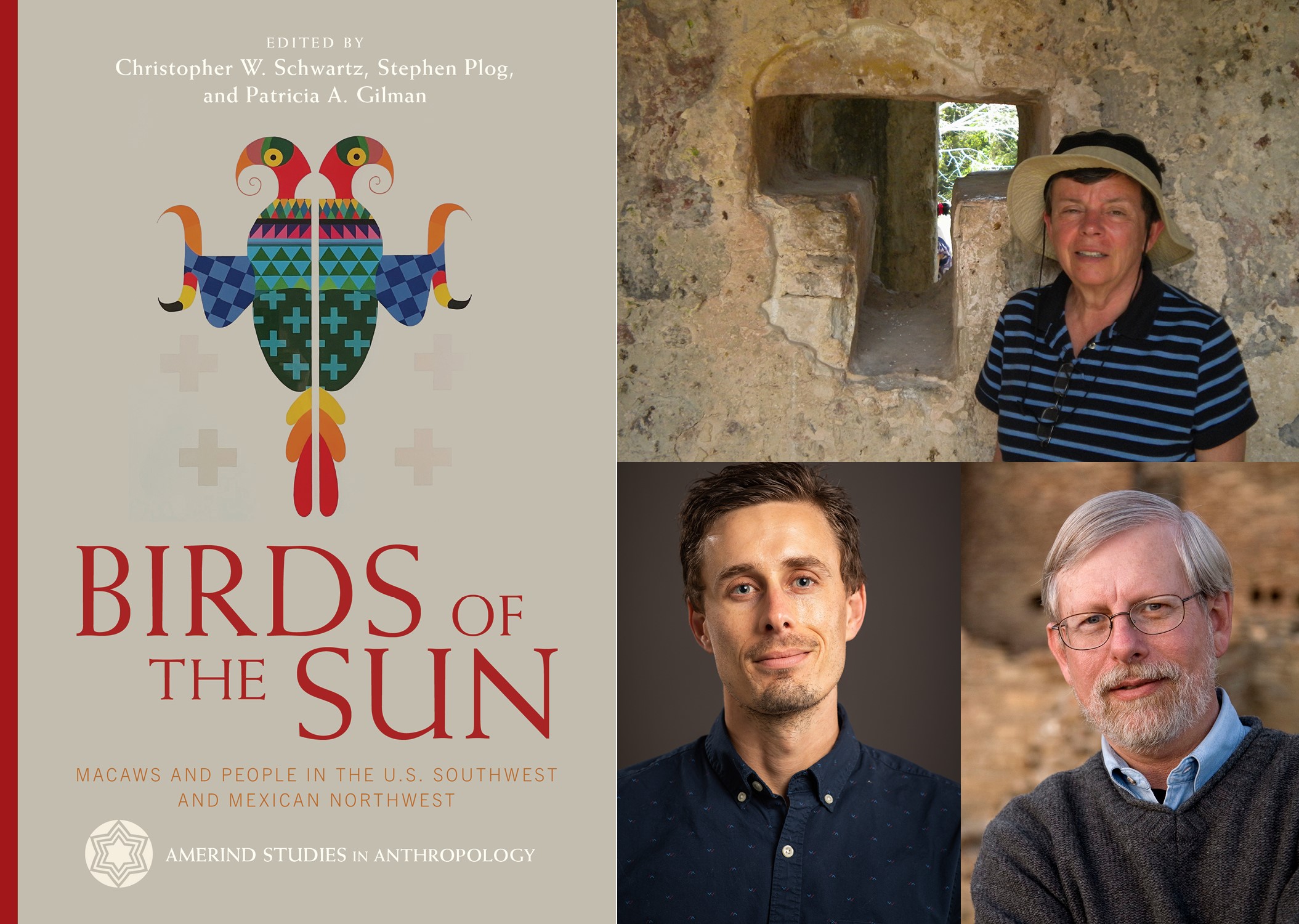 Birds of the Sun explores the many aspects of macaws, especially scarlet macaws, that have made them important to Native peoples living in this region for thousands of years. Although macaws have been noted and marveled at through the decades, new syntheses of early excavations, new analytical methods, and new approaches to understanding the past now allow us to explore the significance and distribution of scarlet macaws to a degree that was previously impossible. The expertise offered in this stunning new volume, which includes eight full color pages, will lay the groundwork for future research for years to come. The volume is edited by Christopher W Schwartz, Stephen Plog, and Patricia A. Gilman, and includes contributions from leading experts in their fields. Enjoy this excerpt from the book’s foreword, which was written by Charmion R. McKusick:

George H. Pepper was the first trained archaeologist to excavate Pueblo Bonito. Little could he have imagined that the macaws he placed in neatly labeled brown paper bags in 1896 would be removed seventy years later for species identification, aging, and illustration of pathologies; and then, fifty years later, they would be reanalyzed using current scientific methods, as part of this study. This examination illustrates the way in which avian studies can contribute to ongoing research. Pepper’s Room 38 macaws were unusual in that they had deeper crania and longer wings than the main body of archaeological macaws, and they appear to have been inbred. The available data suggest that at Chaco Canyon, a special group of humans bred scarlet macaws for some important purpose, over a long period of time.

Although the question of the relationships among Mesoamerica and the southwestern United States and northwestern Mexico (SW/NW) has a long history in archaeological research, various studies in the twenty- first century have sought to trace the provenance of objects and materials that originated in Mesoamerica and were acquired and circulated interregionally. The study of scarlet macaws (Ara macao) and, to a lesser extent, military macaws (Ara militaris) and thick- billed parrots (Rhynchopsitta pachyrhyncha; plate 1) has received a particular emphasis due to their multifaceted significance, which stretches throughout the Americas. The presence of living macaws and other parrots in settlements of the SW/NW for months and occasionally years not only requires us to understand the cultural significance of these birds but also allows us to address key questions using new analytical techniques that target skeletal material. Some of these studies employ previously underutilized analytical techniques such as isotopic analyses (Schwartz 2020; Schwartz et al. 2021; Somerville et al. 2010), radiocarbon dating (Gallaga et al. 2018, 2021; George et al. 2018; Watson et al. 2015), and mitochondrial DNA (mtDNA) analysis (Bullock 2007; Bullock and Cooper 2002; George et al. 2018).

New research on macaws is not limited to these types of analyses, however. Others have reviewed the historical issues in SW/NW macaw studies, focusing on key matters such as reassessing the likelihood of macaw breeding at Paquimé and determining the ages at which each macaw from archaeological deposits died (Abramson 1995; Crown 2016; Whalen, this volume). Still other analyses have examined previously gathered collections of macaws and other parrots to identify skeletal pathologies (Fladeboe and Taylor, this volume), clarify frequencies of the macaws and parrots in particular museum collections, and determine whether complete or only partial birds were recovered (e.g., Bishop 2019; Gilman, this volume; Lyons and Crown, this volume; Plog et al., this volume; Schwartz, this volume; Szuter, this volume), or explore the spatial distribution of macaws and parrots within sites relative to other birds and animals (Bishop and Fladd 2018; Plog et al., this volume). This recent spate of complementary research provided the impetus for an Amerind Foundation seminar on macaws and other parrots in April 2019, which in turn has led to the collection of studies presented in the following chapters.

In the archaeological record of the greater Southwest/Noroeste (SW/NW), the presence of macaws and other parrots dates back to at least 600 CE, in the Hohokam area, and to the Ancestral Pueblos in the Mimbres and Chaco regions at least by the tenth century CE (Gilman et al. 2014; Szuter, this volume; Vokes and Gregory 2007:328– 334; Watson et al. 2015). For the protohistoric Pueblos, macaw images are common on kiva murals in the Hopi and Rio Grande regions and on Sikyatki Polychrome by the fourteenth century (Crown 2016; Schaafsma, this volume). Pre- Columbian, historical, and present uses of macaw feathers in Pueblo ritual are profuse (Ladd 1963; Parsons 1939; Tyler 1991). At Hopi, for example, “there is archaeological evidence that parrots were sometimes kept alive by the Hopi for ceremonial purposes. . . . Parrot- bones have also been found in ruined villages of the Hopi not far from their present pueblos. . . . Parrot- feathers are highly prized by the Hopi for the ornamentation of their masks, and in former times were brought from the [O’odham and/or Maricopa] settlements on the Rio Gila and from the northern states of Mexico, where they were obtained by barter” (Fewkes 1900:691– 692, emphasis added). In this connection, sometimes the Hopi Parrot/Macaw Katsina (Kyarkatsina) performs as a huuyan, “bartering,” Katsina (Stephen 1936:282), seemingly encoding the earlier material practice.

The behavioral and genetic characteristics of parrots, including macaws, offer hints as to why human cultures have been so interested in them: “Like humans, parrots as a group have large brains relative to body size, a high density of neurons in the forebrain, advanced cognitive abilities including object permanence and tool use, complex social organization, vocalizations learned through cultural transmission using specialized brain circuits, cooperative problem solving, extended developmental and rearing periods, and exceptional longevity” (Wirthlin et al. 2018:4001). Add the beauty and polychromaticism of their feathers, susceptibility to domestication, and capacity to mimic human speech, and it is no wonder that macaws and parrots— throughout Europe, the Middle East, South and East Asia, and the Americas— have served as symbols, partners, and metonyms of their human “masters” globally: “The Maharajah of Nawanagar had a parrot, one hundred and fifteen years old, which traveled in a Rolls Royce and possessed an international passport; George V’s parrot, Charlotte, used to peruse state and confidential documents over his master’s shoulder. . . . As early as Ctesias, the parrot was praised for its bright plumage and its ability to speak. . . . A fine- looking parrot, wearing a collar and evidently a household pet, still remains on the walls of Pompeii” (Rowland 1978:120–121). 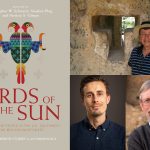