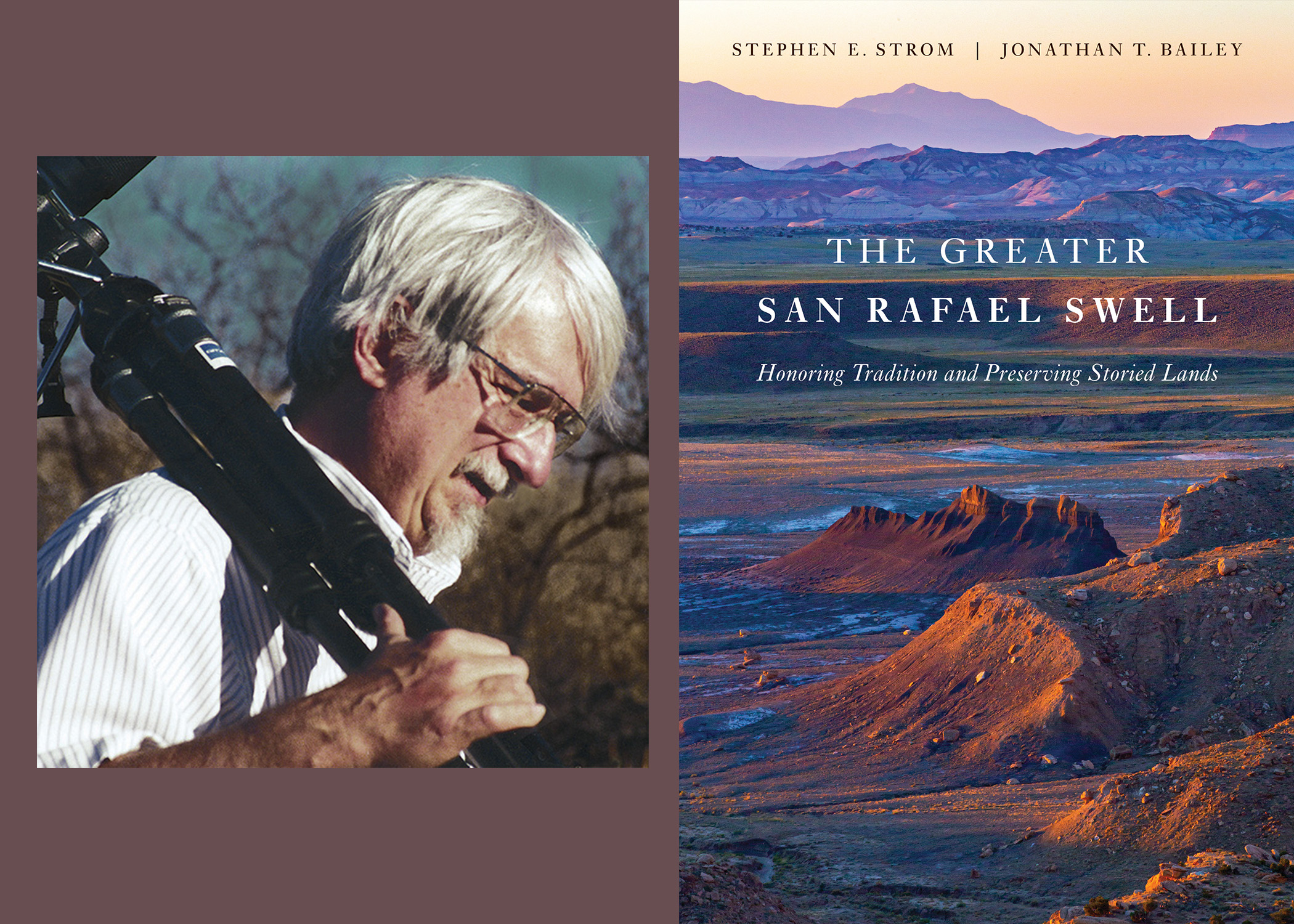 The new book The Greater San Rafael Swell showcases the stunning natural beauty of Utah’s red rock country. It also relays the important story of how people worked for more than two decades to develop a shared vision of the future of the Swell and its protection. Today, co-author Stephen Strom shares images from the work along with extended captions.

The county is located near the western edge of the Colorado Plateau, the 130,000-square-mile uplift that lies a mile and more above sea level and spans the region between the Rocky Mountains of Colorado and the Great Basin. The plateau’s vividly colored rocks, mesas, canyons, towers, badland hills, and hoodoos compel the eye and move the soul. Millions are drawn to explore its world-renowned national parks and monuments, while others seek solitude and inspiration in the rugged wilderness of red rock country.

On Emery County’s western boundary lies the Wasatch Plateau. At its highest, the plateau stands more than ten thousand feet above sea level. During the winter, it captures moisture from Pacific storms and stores it as snow. Snow melt in spring and summer feeds four major creeks which flow eastward, irrigating the arid Castle Valley, which lies three thousand to four thousand feet below. This gift of water enabled Mormon settlers and their descendants to farm this otherwise arid land and, before that, nourished Native peoples for more than ten millennia.

Located between the Wasatch Plateau to the west and the San Rafael Swell to the east, Castle Valley is home to 90 percent of the ten thousand citizens of Emery County.

Just east of Castle Valley lies the Molen Reef, a twenty-five-mile-long shale ridge topped with hardened sandstone. The reef’s strata reveal traces from mollusks, oysters, and now-extinct creatures including ammonites. Thousands of dinosaur bones are scattered across the expanse of its badlands territory.

The reef is rich as well in artifacts: stone working sites, vessels, and rock art left by Indigenous people that preceded European arrival. The region paints a vivid picture of the First Americans, from the plants they used for food, medicine, and religious purposes, to their rock art, habitation sites, stone working sites, burial sites, and granaries.

To the south of the Molen Reef lie the Mussentuchit Badlands. The landscape in the badlands varies dramatically. On the west, the Limestone Cliffs rise above the slowly undulating Blue Flats. Farther east lie labyrinthine and brightly colored badlands.

To the east of Castle Valley lies perhaps the best-known area of Emery County, the San Rafael Swell: a kidney-shaped uplift, extending approximately sixty miles from southwest to northeast, and thirty miles across from east to west. At its highest, the swell rises 1,500 feet above Castle Valley.

Perhaps the most prominent feature within this region is the San Rafael Reef, which forms the eastern edge of the Swell. The seventy-five-mile-long reef rises between 800 and 1,500 feet above the desert floor. Its surface reveals tilted layers of sandstone that have been shaped by water and wind into triangular “fins” and jagged peaks.

Near the geographic center of the swell is the Wedge, a plateau encompassing a sinuous, 1,200-foot-deep gorge, eroded over eons by the San Rafael River and popularly known as the Little Grand Canyon. The view from the Wedge into the gorge reveals layers of multicolored sandstone, the deepest of which dates back 200–250 million years.

To the east of the Wedge lie a series of peaks that have held tall against the erosive forces of wind and water: Window Blind Peak, Assembly Hall Peak, and the San Rafael Knob are the most prominent. Viewed from a distance, these peaks appeared to early settlers as “castles” towering above the landscape, giving rise to the name Castle Valley.

To the south of the Wedge lie a wealth of canyons: Eagle, Saddle Horse, Devil’s, and Red’s among them. In the 1950s and early 1960s, during the height of the Cold War, output from uranium mines located in and to the south of Red’s Canyon.

Between the San Rafael Reef—the edge of the swell—and the Green River lies the San Rafael Desert, an area of windblown sand plains, the occasional butte, and little vegetation. The Green River, which defines the eastern boundary of Emery County, wends its way through the northern part of the desert after emerging from the Book Cliffs and Desolation Canyon to the north of the eponymous town of Green River.

North and west of the town of Green River lie Gray and Desolation Canyons. Both Gray Canyon to the south and Desolation to the north are carved into the Book Cliffs, one- to ten-mile-wide bluffs that loom two thousand to four thousand feet above the desert floor, and whose bases comprise lead- to blue-gray Mancos Shale.

***
Stephen E. Strom has spent forty-five years as a research astronomer after receiving undergraduate and graduate degrees in astronomy from Harvard. He began photographing in 1978, after studying silver and non-silver photography and the history of photography at the University of Arizona. His work has been exhibited widely throughout the United States and is held in several permanent collections, including the Center for Creative Photography and the Boston Museum of Fine Arts. His photography complements poems and essays in five books published by the University of Arizona Press—Secrets from the Center of the World, Sonoita Plain, Tseyi / Deep in the Rock, Earth and Mars: A Reflection, and his most recent book, Voices from Bears Ears: Seeking Common Ground on Sacred Land. He is also the author of Otero Mesa, Earth Forms, Death Valley: Painted Light and Tidal Rhythms, Bears Ears: Views from a Sacred Land, and This Desert Hides Nothing. 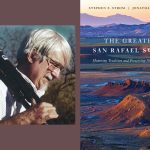