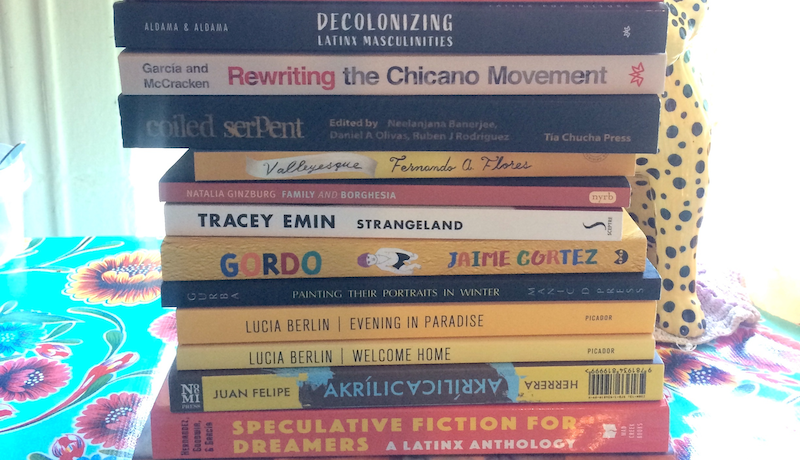 Considering the attention Luboviski-Acosta gives to gender in their work, it’s not surprising there are multiple texts that address it directly in their pile. This edited collection considers more specifically the cultural impacts of capitalism in conjunction with Latinx masculinity (what’s been fed to us on television and film for decades, what pops up on social media). Beyond this, however, some of the contributors explore the nourishing and “healing masculinities,” including queer Latinx rodeos, food, music, and more.

As the title suggests, this collection of essays attempts to give further nuance to the most powerful civil rights work enacted by Mexican Americans up until that time in the United States. “The essays in this volume broaden traditional views of the Chicano Movement that are too narrow and monolithic,” as the book’s description states. Also known as “El Movimiento,” the Chicano Movement involved thousands of activists fighting for civil rights denied them since the end of the Mexican-American War in 1848, and claiming Chicano identity as one of empowerment. The contributors to this collection give insight into the many varied members and methods of activism otherwise left out of the history books. 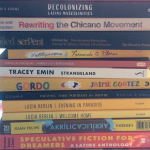