Jack Lopez (Author)
Paperback ($17.95) Buy
A construction worker takes up with the pregnant daughter of an acquaintance and finds he doesn't control the relationship as much as he thinks he does . . .

A couple searches for a lost dog along the beach because the dog is more important than their relationship . . .

A drunken man picks up a girl hitchhiker and remembers what it once felt like to have feelings for someone else . . .

What does it mean to be male in a world in which old borders no longer exist? How can a man have a relationship if he doesn't even know who he is—and what better way to find out than by committing to a woman? Snapping Lines brings familiar and new stories together in a collection that explores the lives of loners searching for love. Jack Lopez writes about people who have adopted a stoical indifference to a world in which they always seem to find themselves on the losing end. These stories explore Latino male identity and the forces that shape it: friends, family, and lovers; culture, place, and relationships. They focus on men—often working men in the building trades—who construct their lives through their work and live in perpetual limbo because they don't know who they are. Men who stumble onto the relationships they need almost by accident. Men who try to control their relationships but fail.

Written in spare, electric language and energized by memorable scenes, these stories enlighten as much as they entertain. When you have read Snapping Lines, you will come to see the faces of strangers in new and familiar ways.
First Place, Best Literary Short Stories, Latino Literary Hall of Fame, 2002

"The author of Cholos & Surfers sends a Latino flicker along the nerves in these 12 stories set largely in the Southwest and southern California. . . . Rich, moody Chicano adagios." —Kirkus Reviews

"The author's concise, straightforward voice serves him well in setting up scenarios that express both inner state of mind and outer observation of locale. . . . Snapping Lines never compromises on the desperation and truth of its characters' existences. . . . You've gotta respect Lopez for calling a spade a spade." —Santa Fe New Mexican 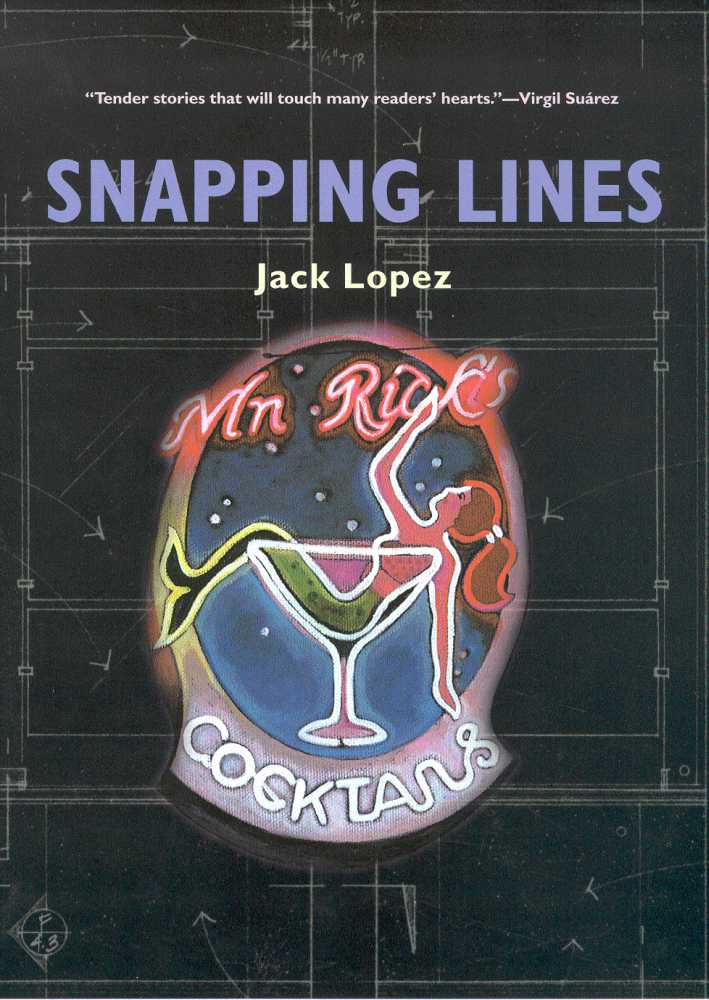