The Social Organization of Hohokam Irrigation in the Middle Gila River Valley, Arizona

M. Kyle Woodson (Author)
Paperback ($29.95) Buy
The seventh volume in the Gila River Indian Community Anthropological Research Papers series by M. Kyle Woodson examines the social organization of Hohokam canal irrigation management along the middle Gila River in south-central Arizona. Anthropologists have long recognized that the users of a canal irrigation system have to coordinate and cooperate with each other in the construction, maintenance, and operation of the canal system; the allocation of water; and the resolution of conflicts that arise. An irrigation organization is a social institution that manages and assigns the roles to accomplish these tasks. Yet the social organization of irrigation management cannot be fully understood without examining the link between irrigation organizations and political institutions.

Woodson's study achieves this goal by analyzing canal systems and settlement patterns at the village of Snaketown, as well as the neighboring Granite Knob, Santan, and Gila Butte canal systems and settlements during the Pioneer to Classic periods (AD 450 to 1450). With this study, Woodson returns focus to Snaketown, where Emil Haury originally defined the Hohokam cultural tradition and which has revealed yet more insights into the prehispanic world of the ancient Southwest. 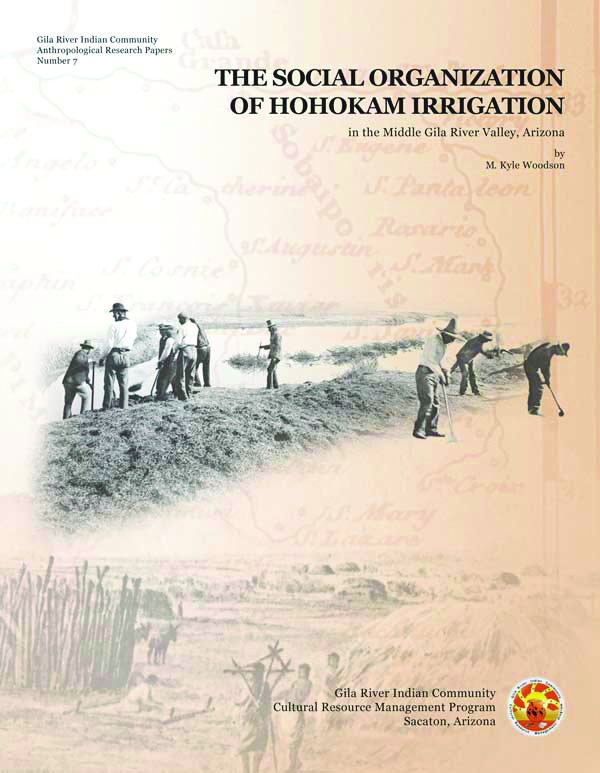