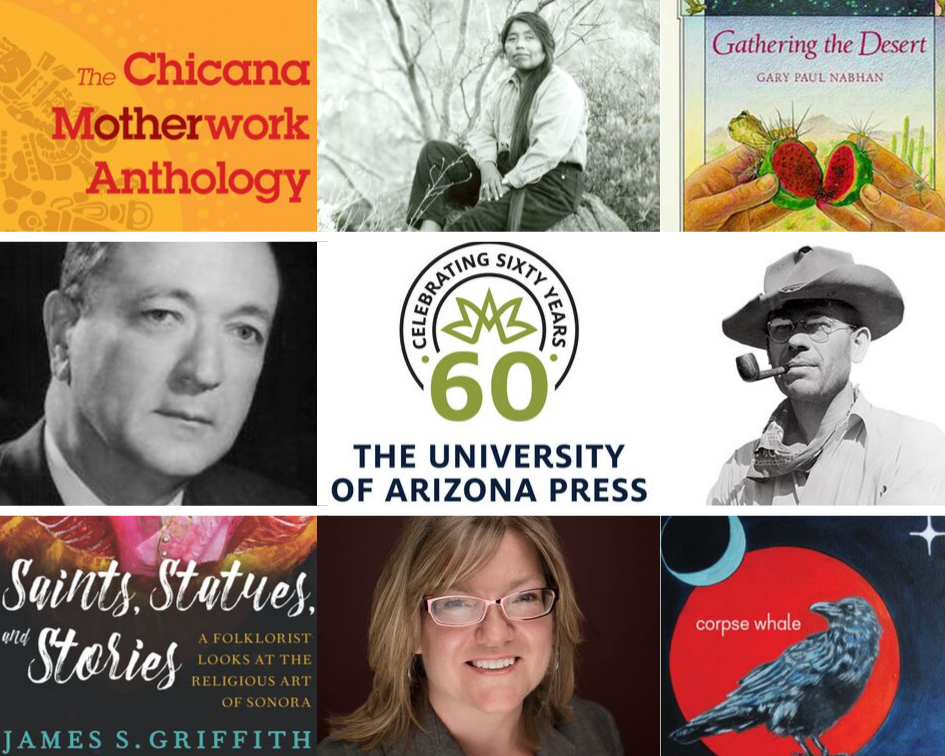 From academic scholarship to community scholarship, the University of Arizona Press has grown in ways that reflect the city in which it resides, as well as the people, the skies, and the mountains of Tucson.

Preeminent archaeologist Emil Walter Haury’s quest to convince the University of Arizona to start a publishing program has been described as relentless. After all, it took more than twenty years, so perhaps the professor’s quest should also be described as an example of extreme patience.

In 1937, Haury returned to his alma matter to accept a faculty position in the UA’s Department of Anthropology, where a thriving culture of research and scholarship blossomed among students and professors. Haury felt strongly that the then-existing venues to publish this scholarship were antiquated.

It’s good to have relentlessness and patience on your side, but in Haury’s case it also involved timing. Enter Richard Harvill, whose tenure as University of Arizona’s president is still considered one that fostered immense growth, as well as a distinct collegiality between faculty and the president’s office.

Past reports on the Press paint a Harvill who was notorious for calling different department heads and faculty for no other reason then to check in and chat. These chats, most often after work hours, gained a reputation as being one of the best ways to share information or projects that the university president should know or help with. This, back in the day, was one way things got done. Haury got calls from Harvill often, and the need for a press came up often.

In 1958, Harvill called Haury with good news. He had $6,000 to start the Press without waiting for the new fiscal year. In a New Year’s Eve memo, Haury didn’t hold back. He responded with an outline on staffing and a list of eleven books ready or nearly ready to publish.

… This possible development has been a great encouragement to us, and I hope that the plan as outlined has sufficient merits to be activated. We stand by to answer further questions should they arise …

At the top of his list was a manuscript from George Webb, the anthropologist’s recollections of his childhood and his Pima Indian heritage during his grandparents’ lives. A Pima Remembers is the first book published by the UA Press in 1959. Webb’s goal was to provide a documented history and culture of his people for younger members of the Pima, now referred to as Akimel Oʼotham. The book remains in print today.

Hundreds of anthropology and archeology titles have continued to be published through the Press, from UA scholars and others throughout the country. The connection to anthropology grew to reflect other areas of critical research and scholarship at the UA, including space and planetary science, border studies, and a new understanding about the environment.

What also grew was a willingness to change, reflect, and share voices that might not otherwise be heard. Sun Tracks began in the 1970s, as a journal written mostly by Native American undergraduate students. Today, Sun Tracks is a ground-breaking and award-winning literary series dedicated to Native American and Indigenous writers.

We have UA linguistics professor and Tohono O’odham poet Ofelia Zepeda to thank for this beloved series. In an O’odham language class taught by Zepeda, she had her students bring in poems and songs to workshop in class. By the end of the year she had this beautiful collection, and Larry Evers, a UA English professor who edited the Sun Tracks journal, thought they needed to be published. The result was When It Rains, the first book published under Sun Tracks. Zepeda now serves as editor of the series, which has published the work of Santee Frazier, Simon Oritz, Joy Harjo, and Jennifer Elise Foerster, and many, many others.

The same can be said of another award-winning series called Camino Del Sol, which focuses on Latinx writers. Launched in 1994, the series is considered a significant vehicle for Latinx literary voices–established and first-time authors. The series includes poetry from Francisco X. Alarcón, fiction from Christine Granados, and nonfiction from Luis Alberto Urrea.

Scholarship has always been at the core of the Press. The staff recognizes the importance of telling stories and sharing the scholarship found in our very own backyard. As Tucson and the region changed, so did the Press, holding a mirror to our community these past 60 years.

Lydia Otero‘s book, La Calle, is a great example of sharing scholarship with community. When the book was released in 2016, the Press held a party at a restaurant in Barrio Hollywood, one of Tucson’s beloved Mexican-American neighborhoods. The restaurant, at capacity, was filled with folks who lived through the experiences detailed in Otero’s book about the politics of the destruction of the heart of Tucson’s Barrio Viejo all in the name of community redevelopment.

There were tears and joy in celebrating Otero’s work. The associate professor in the UA’s Department of Mexican American Studies created a book of immense importance in teaching Latinx history and urbanization that presented detailed research and unique storytelling important to scholars and community. 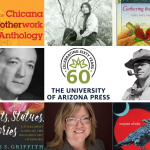