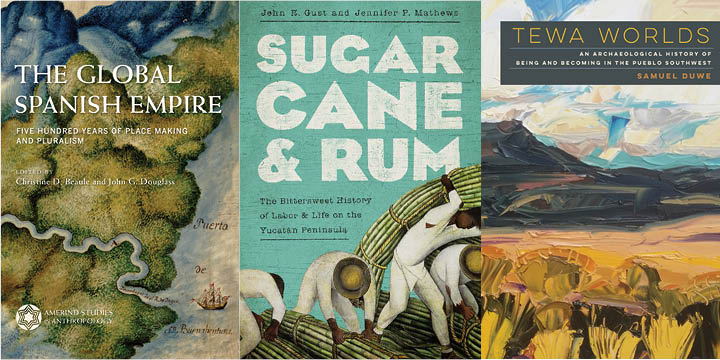 We are missing the annual Society for American Archaeology meeting right now, so we are highlighting our recent archaeology titles that would have been displayed front-and-center at the meeting.

Use the code AZARCH20 to get 40% off all University of Arizona Press titles, plus free shipping! The code is valid through 7/11/2020.

Our senior editor, Allyson Carter, Ph.D., acquires in this field. To propose a project, contact her at acarter@uapress.arizona.edu.

The Global Spanish Empire tackles broad questions about indigenous cultural persistence, pluralism, and place making using a global comparative perspective grounded in the shared experience of Spanish colonialism. Through an expansive range of essays that look at Africa, the Americas, Asia, the Caribbean and the Pacific, this volume brings often-neglected regions into conversation.

Tewa Worlds offers an archaeological history of eight centuries of Tewa Pueblo history in the Rio Chama Valley through the lens of contemporary Pueblo philosophical and historical discourse. The result gives weight to the deep past, colonial encounters, and modern experiences. It challenges archaeologists to both critically reframe interpretation and to acknowledge the Tewa’s deep but ongoing connection with the land.

Narratives of Persistence charts the remarkable persistence of California’s Ohlone and Paipai people over the past five centuries. Lee M. Panich draws connections between the events and processes of the deeper past and the way the Ohlone and Paipai today understand their own histories and identities.

Read an interview about the book with Lee Panich here.

Read about the first volume in the series here.

The increasingly militarized U.S.-México border is an intensely physical place, affecting the bodies of all who encounter it. The essays in The Border and Its Bodies explore how crossing becomes embodied in individuals on the most basic social unit possible: the human body.

Read an excerpt from the volume here.

The Continuous Path challenges archaeologists to take Pueblo concepts of movement seriously by privileging Pueblo concepts of being and becoming in the interpretation of anthropological data. The collaborative volume brings together Native community members, archaeologists, and anthropologists to weave multiple perspectives together to write the histories of Pueblo peoples past, present, and future.

Congratulations to the editors of the book, Samuel Duwe and Robert Preucel, as well as all of the contributors to the volume on winning the Historical Society of New Mexico’s 2020 Gaspar Pérez de Villagrá Award!

In The Davis Ranch Site, the results of Rex Gerald’s 1957 excavations at the Davis Ranch site in southeastern Arizona’s San Pedro River Valley are reported in their entirety for the first time. Annotations to Gerald’s original manuscript and newly written material place Gerald’s work in the context of what is currently known regarding the late thirteenth-century Kayenta diaspora and the relationship between Kayenta immigrants and the Salado phenomenon.

Challenging Colonial Narratives pushes postcolonial thinking in archaeology in socially and politically meaningful directions. Matthew A. Beaudoin calls for more nuanced interpretive frameworks and encourages archaeologists and scholars to focus on the different or similar aspects among sites to explore the nineteenth-century life of contemporaneous Indigenous and settler peoples.

Painting the Skin brings together exciting research on painted skins—human, animal, and vegetal—in Mesoamerica. It offers physicochemical analysis and interdisciplinary understandings of the materiality, uses, and cultural meanings of the colors applied on a multitude of skins, including bodies, codices, and even building “skins.”

The archaeological record of the Northern Rio Grande exhibits the hallmarks of economic development, but Pueblo economies were organized in radically different ways than modern industrialized and capitalist economies. Contributors to Reframing the Northern Rio Grande Pueblo Economy explore the patterns and determinants of economic development in pre-Hispanic Rio Grande Pueblo society, building a platform for more broadly informed research on this critical process.

Don’t forget, the University of Arizona Press is offering 40% off all e-books right now! If you would prefer an e-book instead of a physical copy, use the code AZEBOOK40 at checkout. Also, keep an eye on our social media for a different free e-book of the week every week! 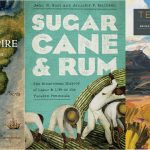