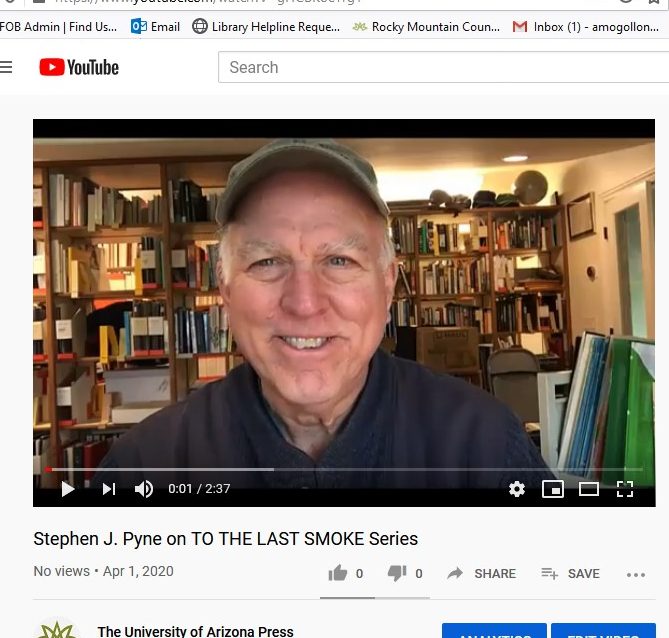 Stephen J. Pyne and the University of Arizona Press have just completed an 11 book opus series that explains the fire history of the United States. The series started with Between Two Fires and concludes this month with To the Last Smoke: An Anthology. In between are nine regional looks at localized fire history. Together, Steve has captured the environmental and human history of wildfire in America. In this short video Steve discusses his approach.

Stephen J. Pyne is an emeritus professor at Arizona State University. He is the author of more than 30 books, mostly on wildland fire and its history but also dealing with the history of places and exploration, including The Ice, How the Canyon Became Grand, and Voyager. Most recently, he has surveyed the American fire scene with a narrative, Between Two Fires: A Fire History of Contemporary America, and a suite of regional reconnaissances, To the Last Smoke, all published by the University of Arizona Press. 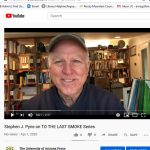