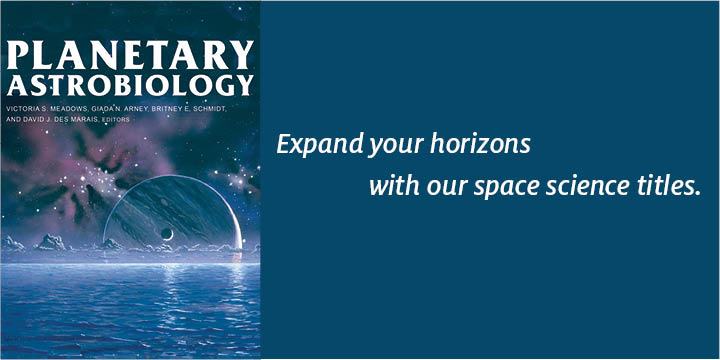 For six decades, the University of Arizona Press has published exceptional works in the field of space science. Below, we’ve highlighted some of our recent space science titles.

Under Desert Skies is currently available as our free e-book of the week until 7/16/2020. Use the code AZSKY20 at checkout!

Planetary Astrobiology represents the combined efforts of more than seventy-five international experts consolidated into twenty chapters and provides an accessible, interdisciplinary gateway for new students and seasoned researchers who wish to learn more about this expanding field. Readers are brought to the frontiers of knowledge in astrobiology via results from the exploration of our own solar system and exoplanetary systems.

This book is a part of our incredible Space Science Series.

Enceladus and the Icy Moons of Saturn brings together nearly eighty of the world’s top experts to establish what we currently understand about Saturn’s moons, while building the framework for the highest-priority questions to be addressed through ongoing spacecraft exploration.

This book is also a part of our Space Science Series.

Gerard P. Kuiper and the Rise of Modern Planetary Science describes the life of a man who lived through some of the most dramatic events of the twentieth century and ended up creating a new field of scientific research, planetary science. As NASA and other space agencies explore the solar system, they take with them many of the ideas and concepts first described by Gerard P. Kuiper.

Read an excerpt from Derek W. G. Sears’ book here. We are thrilled to announce that Gerard P. Kuiper and the Rise of Modern Planetary Science won a Foreword Indies Award!

Mars: The Pristine Beauty of the Red Planet is the most outstanding and uniquely curated selection of Mars orbital images ever assembled in one volume. With explanatory captions in twenty-four languages and a gallery of more than 200 images, this distinctive volume brings a timely and clear look at the work of an active NASA mission.

Don’t forget, all e-books are 40% right now with the code AZEBOOK40! 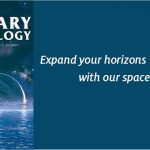