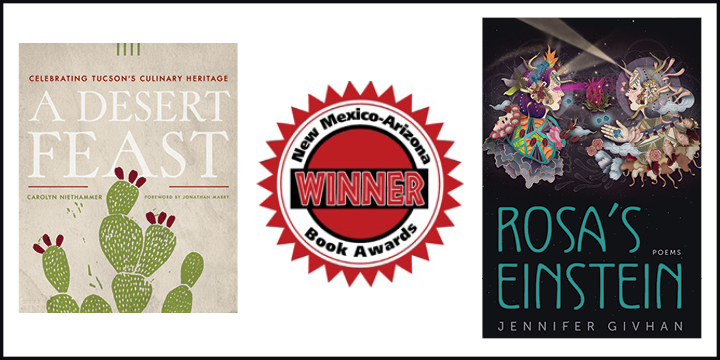 In 2007, the New Mexico Book Co-op launched an awards program for excellence in books, which is now one of the largest and most prestigious programs in the Southwest, attracting entries from across the region as well as from major national presses.

A Desert Feast offers a food pilgrimage, where stories and recipes demonstrate why the desert city of Tucson became American’s first UNESCO City of Gastronomy. You’ll meet the farmers, small-scale food entrepreneurs, and chefs who are dedicated to making Tucson taste like nowhere else.

Using details both from Einstein’s known life and from quantum physics, poet Jennifer Givhan imagines Lieserl, the daughter Albert Einstein and his wife Mileva allegedly gave up for adoption at birth, in a circus-like landscape of childhood trauma and survival, guided by Rosa and her sister Nieve. Rosa’s Einstein is a Latinx retelling of the Brothers Grimm’s Snow-White and Rose-Red, reevaluating border, identity, and immigration narratives through the unlikely amalgamation of physics and fairy tale. 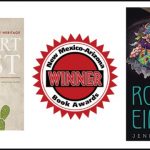