The Archaeology of Refuge and Recourse

Tsim D. Schneider (Author)
Paperback ($30.00), Ebook ($30.00) Buy
The Archaeology of Refuge and Recourse explores the dual practices of refuge and recourse among Indigenous peoples of California. From the eighteenth to the twentieth century, Indigenous Coast Miwok communities in California persisted throughout multiple waves of colonial intrusion. But to what ends?

Applying theories of place and landscape, social memory, and mobility to the analysis of six archaeological sites, Tsim D. Schneider argues for a new direction in the archaeology of colonialism. This book offers insight about the critical and ongoing relationships Indigenous people maintained to their homelands despite colonization and systematic destruction of their cultural sites.

Schneider is a citizen of the Federated Indians of Graton Rancheria, the sovereign and federally recognized tribe of Coast Miwok and Southern Pomo people whose ancestral homelands and homewaters are the central focus of The Archaeology of Refuge and Recourse. Viewing this colonial narrative from an Indigenous perspective, Schneider focuses on the nearly one quarter of Coast Miwok people who survived the missions and created outlets within and beyond colonial settlements to resist and endure colonialism.

Fleeing these colonial missions and other establishments and taking refuge around the San Francisco Bay Area, Coast Miwok people sought to protect their identities by remaining connected to culturally and historically significant places. Mobility and a sense of place further enabled Coast Miwok people to find recourse and make decisions about their future through selective participation in colonial projects. In this book, Tsim D. Schneider argues that these distancing and familiarizing efforts contribute to the resilience of Coast Miwok communities and a sense of relevance and belonging to stolen lands and waters. Facing death, violence, and the pervading uncertainty of change, Indigenous people of the Marin Peninsula balanced the pull and persistence of place against the unknown possibilities of a dynamic colonial landscape and the forward-thinking required to survive. History, change, and the future can be read in the story of Coast Miwok people. 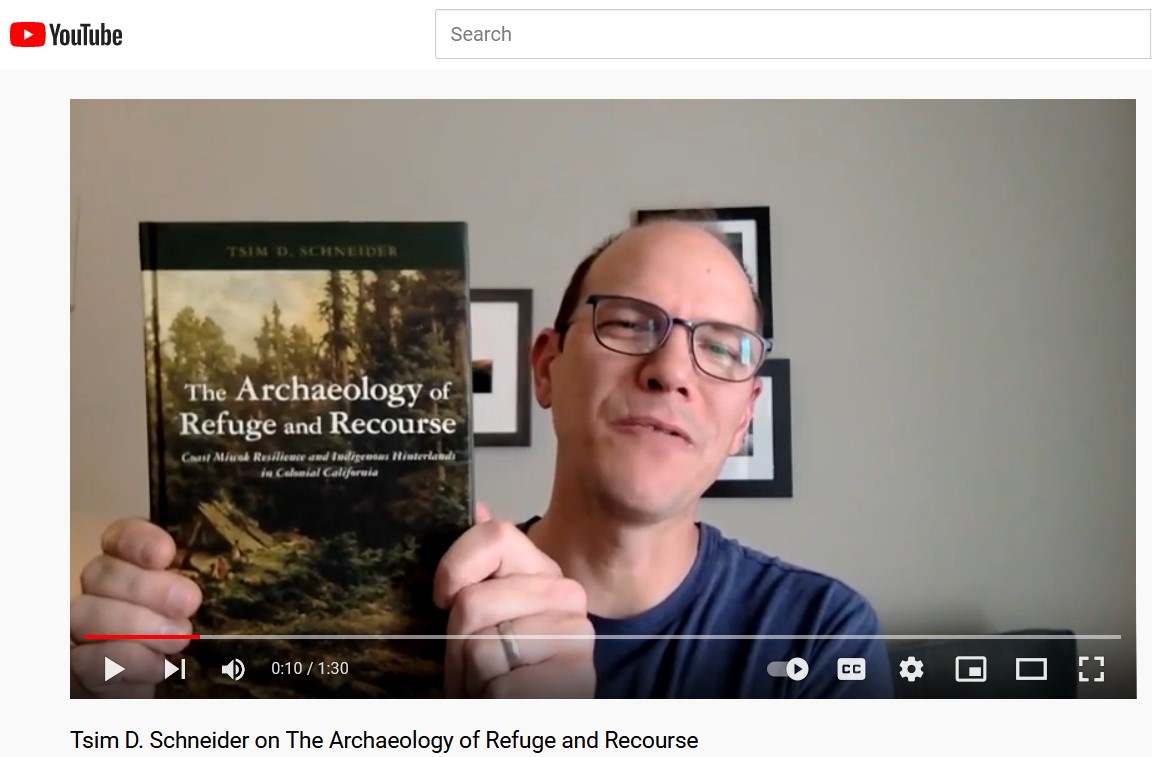 “In this wonderfully written book, Tsim Schneider rejects narratives that California Indians disappeared from areas of Spanish colonization. Rather, Schneider explores how Coast Miwoks used well-known places to seek refuge from colonial entities, where they could engage with colonial powers on their own terms. Rather than vanishing from California, Coast Miwoks continue to occupy and engage with their homelands. The approaches employed in this book should serve as a model for future archaeological work.”—William J. Bauer Jr., author of California Through Native Eyes: Reclaiming History

“Combining the best of data-driven archaeology with the archaeologist-as-storyteller approach, Schneider blends scientific expertise with his cultural knowledge as a tribal member, resulting in a rare and powerful analysis. This outstanding case study in Indigenous archaeology productively merges archaeological and historical methods with sophisticated yet accessible social theory. The result is an engaging history and hopeful look to the future of Indigenous resiliencies.”—Sarah Cowie, co-editor of Collaborative Archaeology at the Stewart Indian School

“The Archaeology of Refuge and Recourse makes a powerful and convincing case that ‘a sense of place formed the glue for reassembling shattered lives.’ During the colonial era, Coast Miwoks found recourse by traveling across the water and gathering within ancient shell middens, coastal villages, and trading posts, renewing kinship ties and reconnecting with deep traditions along the way. The study offers an innovative and compelling amalgam of theory building, storytelling, and archaeological analysis.”—Martin Gallivan, Department Chair of Anthropology at the College of William and Mary