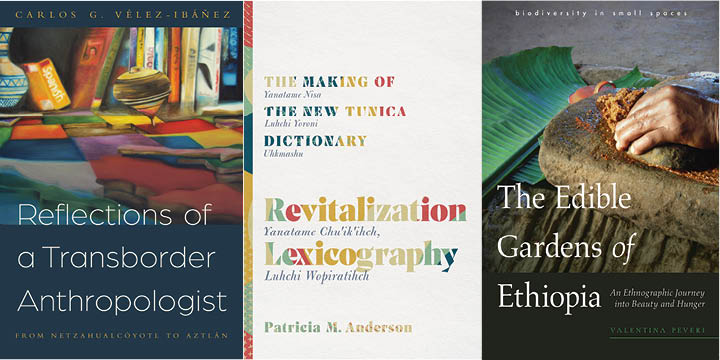 We are excited to be participating in the American Anthropological Association Raising Our Voices 2020 fall event series! As always, we are pleased to offer a conference discount. Use code AZAAA20 to receive 40% off all of our titles, and get free domestic shipping (good through 12/15/2020).

If you are participating in the virtual AAA event series, make sure to visit our virtual exhibit and chat with us. If you have questions about submitting a manuscript for our anthropology list, contact our senior editor Allyson Carter, Ph.D. at acarter@uapress.arizona.edu and view our guidelines here. To learn about requesting exam copies, visit here. We look forward to seeing all of you in person again in the future.

Taking us on a journey of remembering and rediscovery, anthropologist Carlos G. Vélez-Ibáñez shares important insights into his development as a scholar and in so doing the development of the interdisciplinary field of transborder anthropology.

We are thrilled to announce that Carlos Velez-Ibáñez is the recipient of the American Anthropological Association’s 2020 Franz Boas Award for Exemplary Service to Anthropology! This award is presented annually by the AAA to its members whose careers demonstrate extraordinary achievement that have well served the anthropological profession.

Read an excerpt from Reflections of a Transborder Anthropologist here.

David Barton Bray has spent more than thirty years researching and studying Mexican community forest enterprises (CFEs). In Mexico’s Community Forest Enterprises he shares the scientific evidence for Mexico’s social and environmental achievements and how, in its most successful manifestations, it became a global model for common-property forest management, sustainable social-ecological systems, and climate change mitigation in developing countries.

Narrating Nature opens up dialogue that counters traditional conservation narratives. In this book, Mara J. Goldman offers conservation efforts that not only include people as beneficiaries but also demonstrate how they are essential and knowledgeable members of the conservation landscape itself.

The Prehispanic Ethnobotany of Paquimé and Its Neighbors is a major ethnobotanical study for the ancient U.S. Southwest and northwestern Mexico. The results reorient our perspective in the rise of one of the most impressive communities in the international region.

Check out some photos and field notes from the project here.

Based on prolonged engagement with this “virtuous” plant of southwestern Ethiopia, The Edible Gardens of Ethiopia provides a nuanced reading of the ensete ventricosum (avant-)garden and explores how the life in tiny, diverse, and womanly plots may indeed offers alternative visions of nature, food policy, and conservation efforts.

Chie Sakakibara shows how knots of connection came into being between humans and nonhuman others and how such intimate and intense relations will help humans survive the Anthropocene. Whale Snow offers an important and thought-provoking look at global climate change as it manifests in the everyday life of the Iñupiat in Arctic Alaska.

Listen to author Carwil Bjork-James discuss the topics in this book on the Howard Zinn Bookfair Podcast here.

The Global Spanish Empire tackles broad questions about indigenous cultural persistence, pluralism, and place making using a global comparative perspective grounded in the shared experience of Spanish colonialism. Through an expansive range of essays that look at Africa, the Americas, Asia, the Caribbean and the Pacific, this volume brings often-neglected regions into conversation.

Tewa Worlds offers an archaeological history of eight centuries of Tewa Pueblo history in the Rio Chama Valley through the lens of contemporary Pueblo philosophical and historical discourse. The result gives weight to the deep past, colonial encounters, and modern experiences. It challenges archaeologists to both critically reframe interpretation and to acknowledge the Tewa’s deep but ongoing connection with the land.

Language, Coffee, and Migration on an Andean-Amazonian Frontier takes us to remote Amazonian villages, dusty frontier towns, roadside bargaining sessions, and coffee traders’ homes to offer a new view of settlement frontiers as they are negotiated in linguistic interactions and social relationships. The book brings together a fine-grained analysis of multilingualism with urgent issues in Latin America today. It is a timely on-the-ground perspective on the agricultural colonization of the Amazon, which has triggered an environmental emergency threatening the future of the planet. 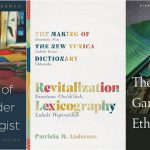