We are excited to be offering a special discount on our new and recent Chicana and Latina studies titles for the MALCS 2021 Summer Institute! The MALCS 2021 Summer Institute’s theme is: Abriendo caminos, abriendo corazones: Renewing Mind, Body, and Spirit in the Time of COVID. Temporarily moving to a virtual format, the MALCS Executive and Coordinating Committees are pleased to bring you a wonderful week of programming meant to bridge the distance by bringing love, healing, and community to you—wherever you are. Fraught with loss, sadness, and worry—exacerbated by continued social injustice, social inequity, and political unrest, the pandemic and its accompanying uncertainties wreaked havoc on our physical, mental, and emotional wellbeing.

Use the code AZMALCS21 for 40% off all titles, with free U.S. shipping. If you have questions about our publishing program, click here to learn more, or contact our Editor-in-Chief, Kristen Buckles, at kbuckles@uapress.arizona.edu.

Letras y Limpias is the first book to explore the literary significance of the curandera. It offers critical new insights about how traditional medicine and folk healing underwrite Mexican American literature. Amanda Ellis traces the significance of the curandera and her evolution across a variety of genres written by Mexican American authors such as Gloria E. Anzaldúa, Manuel Munoz, ire’ne lara silva, and more.

Border Women and the Community of Maclovio Rojas tells the story of the community’s struggle to carve out space for survival and thriving in the shadows of the U.S.-Mexico geopolitical border. This ethnography by Michelle Téllez demonstrates the state’s neglect in providing social services and local infrastructure. Téllez shows that in creating the community of Maclovio Rojas, residents have challenged prescriptive notions of nation and belonging. Through women’s active participation and leadership, a women’s political subjectivity has emerged—Maclovianas. These border women both contest and invoke their citizenship as they struggle to have their land rights recognized, and they transform traditional political roles into that of agency and responsibility.

Challenging stereotypes, Activist Leaders of San José unearths and makes visible lived experiences of Chicana and Latino activists from San José, California, who made contributions to the cultural and civic life of the city. Through oral histories, we see a portrait of grassroots leadership in the twentieth century.

Watch a book release event with author Josie Méndez-Negrete here. Congratulations to Josie for being honored as the 2021 NACCS Scholar!

Congratulations to author Aída Hurtado for winning an AAHHE Distinguished Author Award, and for receiving an honorable mention for the 2020 NWSA Gloria E. Anzaldúa Book Prize!

Read an excerpt from the book here, and read more about our Feminist Wire Book Series here.

Mexican Workers and the Making of Arizona expands our understanding of the critical role played by Mexican and Mexican American laborers in making Arizona a prominent and influential state in the Southwest and beyond.

The decolonial approaches found in Writing the Goodlife provide rich examples of mutually respectful relations between humans and nature. Ybarra’s book takes on two of today’s most discussed topics: environmentalism and Latina/o population growth. Ybarra shines a light on long-established traditions of environmental thought that have existed in Mexican American literary history for at least 150 years.

Fleshing the Spirit brings together established and new writers to explore the relationships between the physical body, the spirit and spirituality, and social justice activism. The anthology incorporates different genres of writing—such as poetry, testimonials, critical essays, and historical analysis—and stimulates the reader to engage spirituality in a critical, personal, and creative way.

“A comprehensive collection of feminist spirituality will be incomplete without this volume.”—Publishers Weekly

¿Qué Onda? analyzes the construction of Mexicana/o and Chicana/o identities through a four-year ethnographic study in a representative American high school. It reveals how identity politics impacts young people’s forms of communication and the cultural spaces they occupy in the school setting. By showing how identities are created and directly influenced by the complexities of geopolitics and sociocultural influences, it stresses the largely unexplored divisions among youths whose identities are located along a wide continuum of “Mexicanness.” 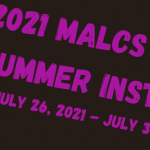