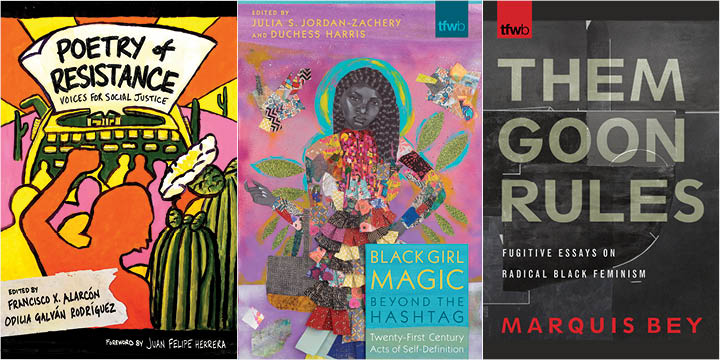 The University of Arizona Press is committed to publishing the voices and scholarship of Black, Indigenous, and Latinx authors. In a world filled with injustices, racism, and inequalities, we encourage people to read books that will educate them on the experiences and perspectives of people of color, furthering understanding as we move forward. The books included in this post highlight social justice, resistance, and social movements— topics which are crucially important now and always.

Use the code AZJUSTICE20 to get 40% off with free shipping on all of the titles included in this post.

Black Girl Magic Beyond the Hashtag poses the question: how does the #BlackGirlMagic political and cultural movement translate outside of social media? The essays in this volume move us beyond the digital realm and reveals how Black girls and women foster community, counter invisibility, engage in restorative acts, and create spaces for freedom in the face of structural oppression.

Read an excerpt from Black Girl Magic Beyond the Hashtag here.

Marquis Bey’s debut essay collection unsettles normative ways of understanding Blackness, Black feminism, and queerness. Them Goon Rules is an un-rulebook, a long-form essayistic sermon that meditates on how Blackness and nonnormative gender impact and remix everything we claim to know.

Read an excerpt from Them Goon Rules here.

Read an excerpt from The Chicana M(other)work Anthology here.

Poetry of Resistance offers a poetic call for tolerance, reflection, reconciliation, and healing. Bringing together more than eighty writers, the anthology powerfully articulates the need for change and the primacy of basic human rights.

“Alarcón and co-editor the eco-poet and activist Odilia Galván Rodríguez selected the strongest work from the hundreds of entries to shape this anthology whose communal message—a plea for social change—will remain timeless and resonant.”—NBC News

We are proud to have published this award winning collection.

Listen to a podcast interview with author Carwil Bjork-James here.

The early 1960s are remembered for the emergence of new radical movements. One such protest movement rose in the Mexican state of Chihuahua. With large timbering companies moving in on the forested sierra highlands, campesinos and rancheros did not sit by as their lands and livelihoods were threatened. Agrarian Revolt in the Sierra of Chihuahua, 1959-1965 is the story of how they organized and demanded agrarian rights—ultimately with deadly consequences.

This is a testimonio, a historia profoundo of the culture of extralegal violence against the Red-Black-Brown communities in the United States that operates with impunity. Framed by Roberto Cintli Rodríguez’s personal testimony of police violence, Yolqui, a Warrior Summoned from the Spirit World is a clarion call to end that violence and those philosophies that permit such violence to flourish.

Read an excerpt from Yolqui, a Warrior Summoned from the Spirit World here.

Chicano Communists and the Struggle for Social Justice traces the early roots of the Chicano Movement. It follows the thread of radical activism of the 1930s and 1940s to today, showing the depth of its influence on Mexican Americans struggling to achieve social justice and equality.

Don’t forget, all of our e-books are 40% off right now. Use the code AZEBOOK40 at checkout. 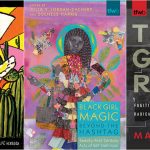