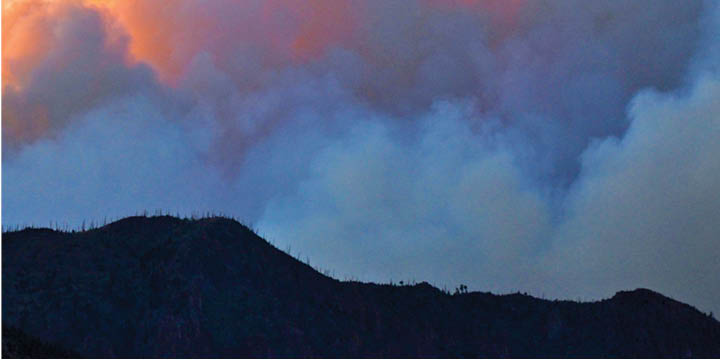 North of Tucson, the Santa Catalina Mountains have been aggressively burning for more than a week. As of today, the fire has grown to 23,892 acres, and many residents have evacuated their homes. As we watch the smoke billowing up above the mountain range, we thought it would be an appropriate time to turn our attention toward our books that focus on fire, the environment, and human impacts on the planet.

Below, we have a curated collection of environmentally focused books that dive deep into nature, the implications of human activity, and the devastation and renewal that fire can bring.

Use the code AZPLANET20 to receive 40% off with free shipping on any of the titles mentioned in this post! Don’t forget, Stephen Pyne’s The Southwest is available as a free e-book until 6/25/20 with the code AZFIRE20.

This anthology offers a unique and sweeping view of the nation’s fire scene by distilling observations on Florida, California, the Northern Rockies, the Great Plains, the Southwest, the Interior West, the Northeast, Alaska, the oak woodlands, and the Pacific Northwest into a single, readable volume. The essays offer a color-commentary companion to the play-by-play narrative offered in Pyne’s Between Two Fires: A Fire History of Contemporary America.

To the Last Smoke is Stephen J. Pyne’s way of “keeping with it to the end,” encompassing the directive from his rookie season as a wildland firefighter to stay with every fire “to the last smoke.”

Read an excerpt from the book here, and watch a video about the series here.

Through a mixture of journalism, history, and literary imagination, fire expert Stephen J. Pyne provides a lively survey of what makes this region distinctive, moving us beyond the usual conversations of science and policy. Pyne explores the Southwest’s sacred mountains, including the Jemez, Mogollon, Huachucas, and Kaibab; its sky islands, among them the Chiricahuas, Mount Graham, and Tanque Verde; and its famous rims and borders. Together, the essays provide a cross-section of how landscape fire looks in the early years of the 21st century, what is being done to manage it, and how fire connects with other themes of southwestern life and culture.

The Southwest is part of the multivolume series describing the nation’s fire scene region by region. The volumes in To the Last Smoke also cover California, the Northern Rockies, the Great Plains, Florida, and several other critical fire regions. The series serves as an important punctuation point to Pyne’s 50-year career with wildland fire—both as a firefighter and a fire scholar.

Read six questions with Stephen J. Pyne here, then read an article on preparing for the pyrocene here. Use the code AZFIRE20 to get this e-book for free through 6/25/20.

Science Be Dammed is an alarming reminder of the high stakes in the management—and perils in the mismanagement—of water in the western United States. It offers important lessons in the age of climate change and underscores the necessity of seeking out the best science to support the decisions we make.

Cultivating Knowledge highlights the agency, creativity, opportunism, and performance of individuals and communities carving out successful lives in a changing agricultural landscape. The practice of sustainable agriculture on the farm—let alone the global challenge of feeding or clothing the world—is a social question, not a technological one. Farmers do not make simple cost-benefit analyses when evaluating new technologies and options. Their choices have dire consequences, sometimes leading to death. Through an ethnography of seeds, Andrew Flachs investigates the human responses to global agrarian change.

View some field notes from Andrew Flachs’ research here, then watch a lecture on anthropology and agriculture here.

The saguaro, with its great size and characteristic shape, has become the emblem of the Sonoran Desert of southwestern Arizona and northwestern Mexico. The Saguaro Cactus offers a complete natural history of this enduring cactus, the largest and tallest in the United States. From its role in Sonoran Desert ecology, to its adaptations to the desert climate, to its sacred place in Indigenous culture, this book offers a definitive source on a distinguished desert plant.

Through twenty individual stories, Voices from Bears Ears captures the passions of the debate that led to the creation of Bears Ears National Monument, a land of unsurpassed natural beauty and deep historical significance. The story of this place reflects the cultural crosscurrents that roil our times: maintaining tradition and culture in the face of change, healing the pain of past injustices, creating shared futures, and protecting and preserving lands for future generations.

Naturalist John Alcock details the aftermath of a devastating wildfire in the lower reaches of Arizona’s Mazatzal Mountains. Documenting for a decade the chaparral landscape left in the wake of the Willow fire, After the Wildfire thrills at the renewal of the region as he hikes in and photographs plants and animals in a once-blackened wildland now teeming with resurgent life.

No Species Is an Island describes the surprising results of Theodore H. Fleming’s eleven-year study of pollination biology in Sonora, Mexico, in the most biologically diverse desert in the world. These discoveries serve as a primer on how to conduct ecological research, and offer important conservation lessons for us all. Fleming offers an insightful look at how field ecologists work, and the often big surprises that come from looking carefully at a natural world where no species stands alone.

Published in 1986, Blue Desert was Charles Bowden’s third book-length work and takes place almost entirely in Arizona, revealing Bowden’s growing and intense preoccupation with the state and what it represented as a symbol of America’s “New West.” With a thoughtful new foreword by Francisco Cantú, Blue Desert is a critical piece of Bowden’s oeuvre.

Don’t forget, we are offering 40% off all e-books with the code AZEBOOK40. 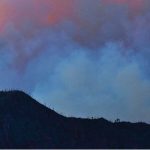