We are thrilled to be participating in the 2022 MALCS Summer Institute! While we can’t make it to the meeting in-person, you’ll be able to find some of our new and recent books on display, our latest catalogs, and special discount slips. Were offering a 30% discount plus free U.S. shipping on all titles when you use the code AZMALCS22 at checkout through 8/31/22.

If you have any questions about our publishing program, visit our proposal guidelines page here, or contact our Editor-in-Chief, Kristen Buckles, at kbuckles@uapress.arizona.edu.

We’re excited to highlight our new series, BorderVisions! BorderVisions engages the U.S.-Mexico borderlands’ dynamic histories and cultures and expands our understanding of the borderlands beyond a site of geopolitical inquiry. This series will publish monographs and edited collections by new and established authors who employ innovative interdisciplinary methodologies on topics reflecting both sides of the U.S.-Mexico border. Read more about the series here, and hear about BorderVisions from series editors Vanessa Fonseca-Chávez and Yvette J. Saavedra in a recorded event here.

Read an excerpt from the book here, then listen to author Vanessa Fonseca-Chávez speak about the book on NPR here.

Learn more about the collection here.

We are thrilled that author Yvette Saavedra was awarded the 2019 WHA-Huntington Library Martin Ridge Fellowship!

Read an article by the author here.

Challenging stereotypes,  Activist Leaders of San José unearths and makes visible lived experiences of Chicana and Latino activists from San José, California, who made contributions to the cultural and civic life of the city. Through oral histories, we see a portrait of grassroots leadership in the twentieth century.

The decolonial approaches found in Writing the Goodlife provide rich examples of mutually respectful relations between humans and nature. Ybarra’s book takes on two of today’s most discussed topics: environmentalism and Latina/o population growth. Ybarra shines a light on long-established traditions of environmental thought that have existed in Mexican American literary history for at least 150 years.

Fleshing the Spirit brings together established and new writers to explore the relationships between the physical body, the spirit and spirituality, and social justice activism. The anthology incorporates different genres of writing—such as poetry, testimonials, critical essays, and historical analysis—and stimulates the reader to engage spirituality in a critical, personal, and creative way.

Watch editors and contributors to the volume discuss the book here.

Meditación Fronteriza is a beautifully crafted exploration of life in the Texas-Mexico borderlands. Written by award-winning author Norma Elia Cantú, the poems flow from Spanish to English gracefully as they explore culture, traditions, and solidarity.

Read a brief interview with the author here, then watch a conversation with her here. We are thrilled that Meditación Fronteriza won the NACCS Tejas Book Award and that it received an honorable mention for the International Latino Book Award!

Mexican Workers and the Making of Arizona expands our understanding of the critical role played by Mexican and Mexican American laborers in making Arizona a prominent and influential state in the Southwest and beyond.

To offer testimonio is inherently political, a vehicle that counters the hegemony of the state and illuminates the repression and denial of human rights. Claiming Home, Shaping Community offers the testimonios from and about the lives of Mexican-descent people who left rural agricultural valles, specifically the Imperial and the San Joaquín Valleys, to pursue higher education at a University of California campus. Through telling their stories, the contributors seek to empower others on their journeys to and through higher education.

Letras y Limpias is the first book to explore the literary significance of the curandera. It offers critical new insights about how traditional medicine and folk healing underwrite Mexican American literature. Amanda Ellis traces the significance of the curandera and her evolution across a variety of genres written by Mexican American authors such as Gloria E. Anzaldúa, Manuel Munoz, ire’ne lara silva, and more.

Read brief interviews with the editors here and here.

Through in-depth interviews and focus groups with both Mexicana/o and Chicana/o students, Cynthia Bejarano explores such topics as the creation of distinct styles that reinforce differences between the two groups; the use of language to further distinguish themselves from one another; and social stratification perpetuated by internal colonialism and the “Othering” process. These and other issues are shown to complicate how Latinas/os ethnically identify as Mexicanas/os or Chicanas/os and help explain how they get to this point. 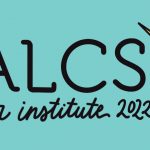