We are thrilled to be participating in the virtual LASA Congress! This year’s theme is: Polarización socioambiental y rivalidad entre grandes potencias, or Socio-environmental polarization and rivalry between great powers. If you are participating in the virtual congress, we invite you to visit the virtual exhibit hall and explore our latest titles here. We have also compiled our new and recent Latin American Studies books for you to learn more about below.

We are currently offering a 30% discount with free U.S. shipping when you use the code AZLASA22 at checkout. This discount is valid through 6/15/2022.

To learn more about our publishing program, visit this page, or contact our Editor-in-Chief, Kristen Buckles, at kbuckles@uapress.arizona.edu.

Museum Matters tells the story of Mexico’s national collections through the trajectories of its objects. The essays in this book show the many ways in which things matter and affect how Mexico imagines its past, present, and future.

This book contextualizes the discovery of a Venus astronomical pattern by a female Mayan astronomer at Chich’en Itza and the discovery’s later adaptation and application at Mayapan. Calculating Brilliance by Gerardo Aldana brings different intellectual threads together across time and space, from the Classic to the Postclassic, the colonial period to the twenty-first century to offer a new vision for understanding Mayan astronomy.

Postcards have a magical pull. They allow us to see the past through charming relics that allow us to travel back in time. Daniel D. Arreola’s Postcards from the Baja California Border offers a window into the historical and geographical past of storied Mexican border communities. Once-popular tourist destinations from the 1900s through the 1950s, the border communities explored in Postcards from the Baja California Border used to be filled with revelers, cabarets, curio shops, and more. The postcards in this book show the bright and dynamic past of California’s borderlands while diving deep into the historic and geographic significance of the imagery found on the postcards.

Take a look inside of the book here.

In The Sound of Exclusion, Christopher Chávez critically examines National Public Radio’s professional norms and practices that situate white listeners at the center while relegating Latinx listeners to the periphery. By interrogating industry practices, we might begin to reimagine NPR as a public good that serves the broad and diverse spectrum of the American public.

Read an interview with the author by NiemanLab here, and listen to the New Books Network podcast about the book here. Read an op-ed by the author featured on the Latinx Project here, and an excerpt from the book shared by Current here.

The Beloved Border is a potent and timely report on the U.S.-Mexico border. Though this book tells of the unjust death and suffering that occurs in the borderlands, Miriam Davidson gives us hope that the U.S.-Mexico border could be, and in many ways already is, a model for peaceful coexistence worldwide.

Watch the author talk about her book to Osher Lifelong Learning Institute members here. Read an op-ed by the author in The Progressive here, then read an excerpt from the book here. Read a brief interview with Davidson here.

Winner of the Ambroggio Prize of the Academy of American Poets.

Deuda Natal finds the beauty within vulnerability and the dignity amidst precariousness. As one of the most prominent voices in Puerto Rican poetry, Mara Pastor uses the poems in this new bilingual collection to highlight the way that fundamental forms of caring for life—and for language—can create a space of poetic decolonization. This collection was translated by María José Giménez and Anna Rosenwong.

Watch poet Mara Pastor in conversation with Siomara España at the International Literature Festival here. Deuda Natal was featured by Orion Magazine during Latinx Heritage Month! Read about it here.

Near Tijuana, Baja California, the autonomous community of Maclovio Rojas demonstrates what is possible for urban place-based political movements. Border Women and the Community of Maclovio Rojas tells the story of the community’s struggle to carve out space for survival and thriving in the shadows of the U.S.-Mexico geopolitical border. This ethnography by Michelle Téllez demonstrates the state’s neglect in providing social services and local infrastructure.

Listen to a New Books Network interview with the author here. We held a wonderful celebration for the book in Tucson, read about it here!

Winnow of the Ambroggio Prize of the Academy of American Poets.

Cardinal in My Window with a Mask on Its Beak by Carlos Aguasaco offers the insightful voice of a first-generation immigrant to the United States in both Spanish and English. The poems, both fantastical and real, create poetic portraits of historical migrants, revealing shocking and necessary insights into humanity while establishing a transatlantic dialogue with the great voices of the Spanish Renaissance. This collection was translated by Jennifer Rathbun.

La Bloga highlighted this collection, read about it here.

Latinx TV in the Twenty-First Century offers an expansive and critical look at contemporary television by and about U.S. Latinx communities. This volume unpacks the negative implications of older representation and celebrates the progress of new representation, all while recognizing that television still has a long way to go.

Watch Professor Latinx and Mighty Peter talk about their top five Latinx TV shows here. Aldama was included in a USA Today debate on the use of the word “Latinx”, read more about it here. La Bloga highlighted Latinx TV, read more here.

LGBTQ Politics in Nicaragua by Karen Kampwirth provides the previously untold history of the LGBTQ community’s emergence as political actors—from revolutionary guerillas to civil rights activists.
Karen Kampwirth is a renowned scholar of the Nicaraguan Revolution, who has been writing at the intersection of gender and politics for decades. In this chronological telling of the last fifty years of political history in Nicaragua, Kampwirth deploys a critical new lens: understanding politics from the perspective of the country’s LGBTQ community.

Challenging the distinctions between “old” and “new” media and narratives about the deprecation of orality in favor of inscribed forms, The Maya Art of Speaking Writing by Tiffany D. Creegan Miller draws from Maya concepts of tz’ib’ (recorded knowledge) and tzij, choloj, and ch’owen (orality) to look at expressive work across media and languages.

Running After Paradise by Colleen M. Scanlan-Lyons looks at social-environmental activism in one of the world’s most important and threatened tropical forests—Southern Bahia, Brazil. It explores what it means to be in and of a place through the lenses of history, environment, identity, class, and culture. It uncovers not only what separates people but also what brings them together as they struggle and strive to create their individual and collective paradise.

The book takes an intersectional approach to the study of anti-mining struggles and explains how campesino communities and their allies identified with and redeployed Indigenous cosmologies to defend their water as a life-sustaining entity. Pachamama Politics by Teresa A. Velásquez shows why progressive change requires a shift away from the extractive model of national development to a plurinational defense of community water systems and Indigenous peoples and their autonomy.

Soldiers, Saints, and Shamans by Nathaniel Morris documents how and why the Indigenous Náayari, Wixárika, O’dam, and Mexicanero peoples took part in the Mexican Revolution as they struggled to preserve their cultures, lands, and political autonomy in the face of civil war, bandit raids, and radical political reform. In unpacking the ambiguities that characterize their participation in this tumultuous period, it sheds light on the inner contradictions of the revolution itself. 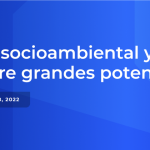